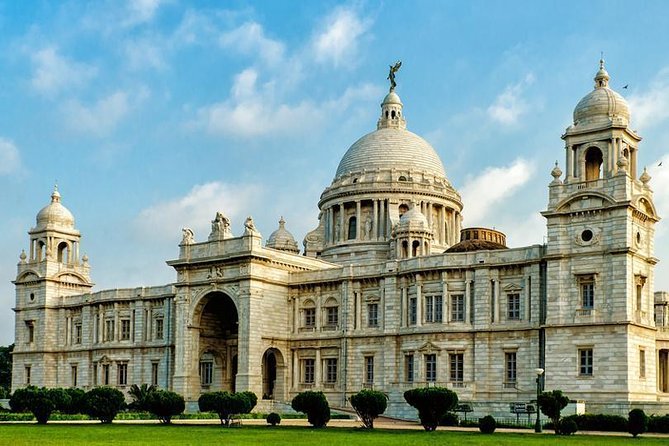 We will try to cover the major tourist spots of the city in the above. Depending on time and traffic the tour may include:

Colonial Calcutta
Flit around the city taking in the legacy left behind the former colonial power.
As you explore this side of the city you understand why they said that the sun never sets on the British Empire and how they reached the peak of their prowess and made more than enough show of it.
Rennaisance Bengal
This is why they used to say, What Bengal thinks today, India thinks tomorrow.
Just like Europe, Bengal had its Rennaisance too, which took it out of the clutches of the dark age and threw away the old to create a new world order. Some of the most important proponents of the Bengal soil reached the peak of their individual talents thanks largely to the friction between the East and the West.
Bazaars of the old city.
Coz the city emerged from one Sutanuti
The many Calcutta markets give the city its distinctive character. From its emergence at Sutanuti, a bazaar of cotton thread, Calcutta developed along the lines of its many bazaars and the localities like Kumartulli, Shyam Bazaar, Radha Bazaar, Colootola, and the like. Explore the various markets of the old city from the oldest to the newest.
Myriad Calcutta Cultures
There had been quite a few, as exemplified by theConfluence of Cultures Walk
Hundreds of cultures made Calcutta its cosmopolitan self. Among the most prominent of them being Armenian, Jewish, Chinese, Islamic, Jain, Buddhist coupled with the old influence of the Portuguese, the Scottish, the Greek and so on. We show you the same through a tour of their various worship and cultural centers.
Kalis Calcutta Temples and around.
They never said Jai Kali Calcutte-wali for nothing.
Calcutta, in a way belongs to Kali, and the fact that city came up along the pilgrimage route between the most sacred place of Kali worship at the Kalighat Temple and one of the oldest at Chitpur Chitteswari Temple, stamps the final seal on it. Explore how Goddess Kali pervades the lives of the people of the city.