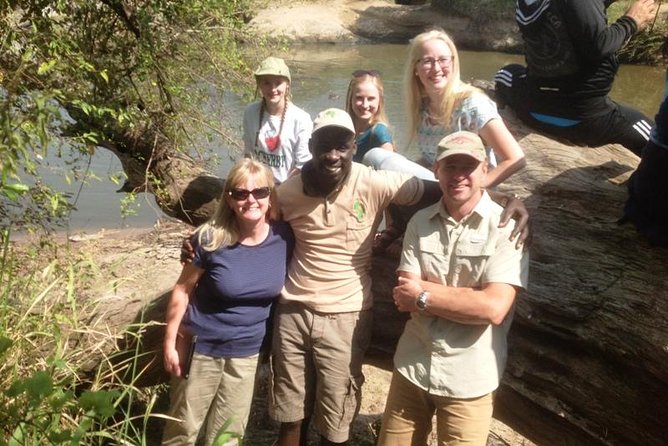 Enjoy full day tour to Lake manyara national park from Arusha National town. This trip is suitable for clients on short visit to Arusha or on lay over at Mt Kilimanjaro international airport. Lake Manyara is one of the best places to visit which has a huge flamingos population. You are expected to see country side vegetation as well as friendly inhabitants.

Enjoy hotel or international airport pick up via 4*4 land cruiser to start your day trip. After a brief introduction, drive for on and half hours to lake manyara national park.

Lake Manyara National Park is known for the flamingos that inhabit the lake. During the wet season they inhabit the edges of the lake in flocks of thousands but they are not so present during the dry season.

More than 400 species of birds inhabit the park and many remain throughout the year. Because of this Lake Manyara National Park is a good spot for bird watching. Visitors to the park can expect to see upwards of 100 different species of bird on any day.

Leopards, Masai lions, cheetahs, elephants, blue monkeys, dik-dik, gazelles, hippopotamus, Masai giraffe, impala, zebras and many more wild animals inhabit this park and many can be seen throughout the year.
There is a hippo pond at one end of the park where you will get out of your van and observe from a safe distance. The leopards and lions are both known to lounge in the trees while not hunting for prey.
Enjoy your late lunch in any of the nearby camps.
You will later depart for Arusha town dropping late in the afternoon.