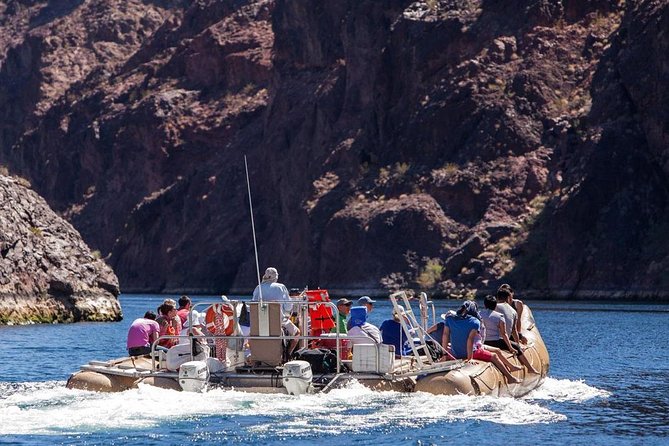 Combine a Grand canyon helicopter flight with a river float down the Colorado River for an incredible and exciting day tour from Las vegas! Start your day with a scenic 70-minute (round-trip) helicopter flight over Hoover Dam, Lake mead and the Grand canyon's West Rim before enjoying a relaxing river float down the Colorado River, through Black Canyon with your informative guide. Keep an eye out for big horn sheep, osprey and great blue heron as you float down the river, where youll stop for a swim at a secluded beach. Enjoy a picnic-style lunch and shopping in Willow Beach, Arizona before returning to your Las vegas hotel.

Fly over the extinct volcano known as Fortification Hill

Fly around the stunning Hoover Dam

The Colorado River winds through Black Canyon, enjoy the stunning nature and beauty of this area

Willow Beach is the final destination for your smooth water raft

All taxes and fees

Due to comfort and weight / balance of the aircraft, passengers weighing over 250lbs (112 kg/17.85 stone) will be required to purchase an additional seat. This is payable directly to the tour operator on the day of the tour.