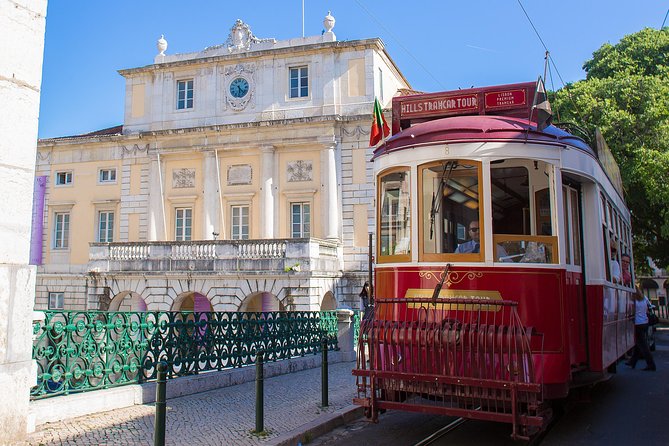 See Lisbons top attractions, including Alfama and the Santa Justa Elevator, on a hop-on hop-off tour by traditional tram. This flexible tour is an easy way to get around the city and see what you want you decide when to get off the tram to explore Lisbon on your own. When youre ready to move on, simply hop on the tram again and it will take you to the next sight!

Hop-on hop-off tour in Lisbon by traditional tram
See Lisbons top sights in one day!
Visit the famous quarters Baixa, Alfama, Chiado & Bairro alto, and Estrela
Create your own sightseeing itinerary with 8 tour stops
An iconic symbol of Lisbon, the tram is a fabulous way to get around town and see the citys top attractions. Since the early 1900s, the trams have been transporting locals and visitors through the city, and with this hop-on hop-off tour, you can combine the experience of riding down the vintage tramway with a sightseeing tour of Lisbon.

Start your tour at any of the 8 stops, and ride until you want to hop off. Make your way to Baixa, Lisbons downtown district where you can explore the majestic Comercio Square (Praa do Comrcio), Rossio Square (Praa de D. Pedro IV), the Square of the Fig Tree (Praa da Figueira) or the Santa Justa Elevator (Elevador de Santa Justa), an Eiffel Tower-like structure and one of the city's most visited landmarks.

For a dose of history, get back on the tram and head to Alfama, Lisbon's historic quarter that houses many of the city's most famous sights. Stroll along the medieval alleys and visit the impressive St George's Castle (Castelo de s. jorge). Take pictures of the beautiful Monastery of So Vicente de Fora and the Miradouro das portas do sol, a grand balcony, which offers stunning views over Alfama.

Then hop on the tram again and head to the Bairro alto & Chiado, Lisbon's cultural heart and the must-see quarter if you like shopping or nightlife. Its also home to some of the city's best restaurants, so stop here for delicious Portuguese food.

If you feel like relaxing, continue to Estrela, the perfect area to escape the hustle of the city. Here you can visit the lovely Estrela Park (Jardim da estrela) and walk through the gorgeous gardens.

Earphones to listen to the audio guide