Private Tour: Explore The Places And The Unseen Sides Of Lisbon

Private Tour: Explore The Places And The Unseen Sides Of Lisbon 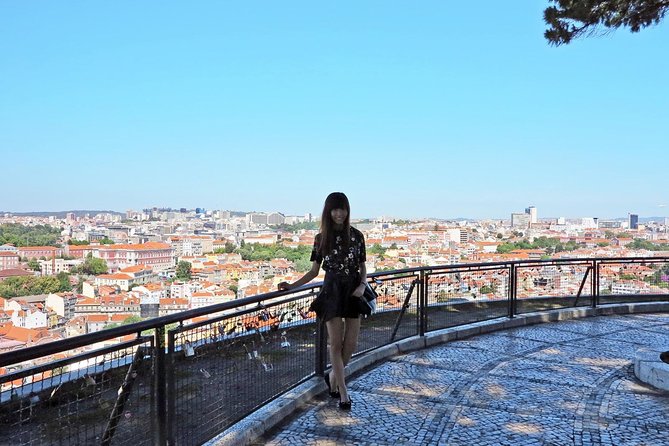 Enjoy visits Lisbon-portugal">Lisbon the capital of Portugal, affords a rewarding 8 hours Private Tour experience. Lisbon is bursting with heritage, culture that continues to grow every day. Discover the most beautiful monuments to see and visit in Lisbon, Portugal! Jernimos Monastery, Tower of Belm, The Cathedral, Monument to the Discoveries, National Pantheon Church of So Roque, Santa justa lift, historic quarters and the best Lisbon's viewpoints like Cristo Rei National Sanctuary. Your Private tour also includes a free and flexible pick-up (9am)/drop-off (5pm) from your located accommodations, driver/guide.

Your tour will commence shortly after hotel pickup at 9am by minivan. Start the day tasting the famous pastries at Pastis de Belm, which has manufactured these delicious custard tarts since 1837. Afterwards, see the grandeur of the Jernimos Monastery alongside your guide, a brutal testimony of the Portuguese Discoveries times, in Manueline style. Next, visit the tombs of Vasco da gama and Lus de Cames.

You will then proceed to the Belm Tower, strategically built on the North bank of the Tejo River in 1514 to defend the entrance to the Lisbon port. D. Manuel left an important legacy, an architectural gem that is admired and visited by thousands from around the world.

Upon crossing the bridge over the Tagus River, you will be dazzled by the view and its wonders. Here you will be welcomed by the visage of Christ the King as you pass by. The construction of this statue was ordered by the Cardinal Cerejeira, Patriarch of Lisbon, in 1934.

The Saint George Castle is considered the most emblematic monument in the city of Lisbon. With scenic, city-spanning views, the Saint George Castle provides a grand look at Lisbon and Portuguese history. It was conquered and taken from the Moorish People by the first King of Portugal, D. Afonso Henriques.

Descending one of the seven hills of Lisbon, we will visit the viewpoints of Saint Luzia, Senhora do Monte and Portas do sol. This is one of the highlights of this tour, as it gives a clear view across the entirety of the city. Enjoy a pleasant late afternoon at a nearby district in town.

Before concluding our tour, we will visit Edward vii park, named in 1903 in honor of Edward VII, monarch of the United Kingdom. King Edward visited Lisbon in order to strengthen the friendly ties between the two countries, a visit whose relevance continued into the present day. Afterwards, you will then be dropped off at your hotel or Lisbon location of your choosing around 6pm.

A minimum of 3 people per booking is required