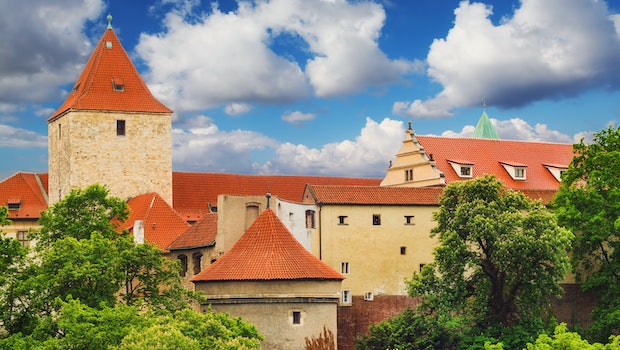 An inside look at Prague Castles private wing

As Prague castle’s only private wing, Lobkowicz palace offers an exclusive look into true Czech opulence and the fascinating historical drama that comes with it.

Get the inside scoop on the amazing story of this 16th-century landmark, which includes true tales of priests thrown out of windows, devastating Nazi occupation, and a communist takeover — all told by the royal family members themselves. We won’t ruin the ending, but don’t worry, it’s a happy one.

Ranked Prague’s number one museum by TripAdvisor, Lobkowicz Palace is home to world-famous paintings you’ll definitely recognize. You’ll also get to peek at original classical manuscripts such as Mozart’s hand-annotated score of _Handel’s Messiah_ and Beethoven’s groundbreaking _Symphony No. 5_.

The Panorama audio tour offers a guided walk through breathtaking 180° view of the city, including some of Prague’s most famous landmarks; Prague Castle, St. Vitus Cathedral, Old town Square, and Charles bridge.