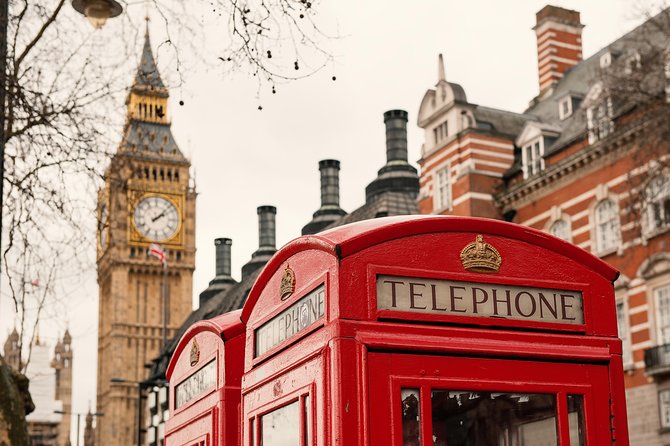 Ride the high-speed Eurostar train from Gare du nord station in central Paris and pop over to London in just two hours and fifteen minutes. Travel in comfort and arrive with a full day to explore the British capital. And boy is there a lot to explore! Big Ben (the name of the bell, not the tower!) and the Houses of Parliament, the Tower of London and its famous Beefeaters, ravens & Westminster Abbey (venue for Royal wedding & the Queens Coronation) are just a few of the several attractions to visit. Catch the bGare de l|est of the city on your hop-on-hop-off double-decker bus tour, from your Thames River Cruise, and on your choice of two walking tours. Visit a museum (many in London are free!), feed squirrels and ducks in a park, take afternoon tea in a cozy tea room or grab fish n chips and a pint in a traditional pub! Not to mention shopping! At the end of the day, hop on your Eurostar to cross the Channel back to Paris.

The day trip to London starts when you meet our representative at Gare du nord: on the mezzanine ( top of the escalator leading to the Eurostar). Our representative will give you the return tickets and provide you all the details that will help you plan your day in London. Remember to set your watch to UK time.

Once in London, you will be greeted at the exit of the Eurostar arrivals area by a Golden Tour's host. You will be given your ticket for the Hop-on Hop-off bus tour and the Thames River Cruise. You will then be taken to the closGare de l|est Hop-on Hop-off stop. This is where you start enjoying the sightseeing tour of the city.

With this Hop-on Hop-off tour, London is your oyster! Climb aboard an open-topped double-decker bus (see the bus route in Additional Info below), the ideal way to see the city’s sights, and learn about its centuries of history with the multi-language audio commentary.

You may turn your day-trip to London into a treasure hunt with your free augmented reality app. Hop on and off the bus at any stop along the way to take a closer look at Big Ben, Buckingham Palace, Piccadilly Circus, Trafalgar Square, and London’s many other landmarks.

After wondering at all the attractions of London, it is now time to enjoy some quality time on a cruise along the Thames River. Get off the bus at one of several stops by the Thames to board your river cruise and view London from another perspective.

When it is time to head back, make your way to St. Pancras station (be sure to leave enough time) for your return Eurostar trip to Paris, with your phone full of snapshots, your heart full of memories, and your bag full of souvenirs!

Visa requirements must be obtained prior to crossing

All visa requirements are the sole responsibility of the traveler

Train departure times are subject to change depending on availability

The London underground is busy at peak times and there can be a lot of traffic on the roads. Be sure to allow plenty of time to get back to St Pancras station in order to catch your return Eurostar train to Paris, as you will have to make your own way to the departure lounge.

Check the weather forecast and dress appropriately, especially in winter, as temperatures can differ between London and Paris.

Tickets for the Hop-on-Hop-off bus tour of London and the Thames Cruise are provided with the train ticket.