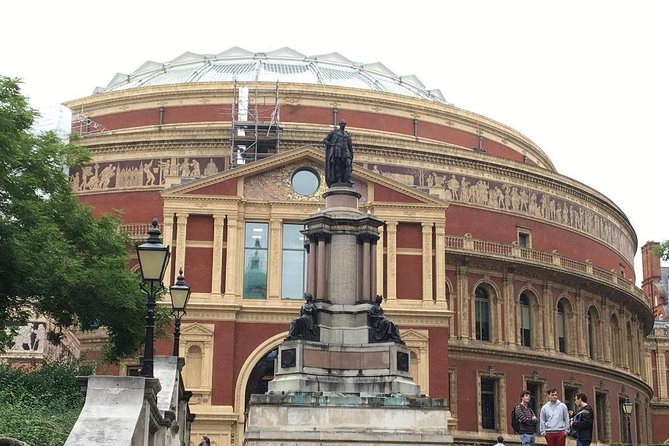 Hey music lovers! This is the ideal way to discover London's rock music history with an expert guide. Choose either the morning or afternoon tour, or book them both for a comprehensive London Rock Music tour. These small-group tours with a maximum of 16 people cover everything from rock 'n' roll landmarks in bohemian Soho to the north London neighborhoods of Camden town, Hampstead Village, and Heath, Muswell Hill, Archway and Islington.

Walk across the famous Abbey road crossing outside the recording studio.

See the recording studio used by the Beatles during the 1960s and 1970s.

Stop by Tin Pan Alley, where the Rolling Stones cut their first disc, and check out the Pink Floyd studios.

Take a tour through historic London neighborhoods including Soho, Islington, and Camden Town, and discover where many of the wild adventures in the history of rock ‘n’ roll took place. Pass Paul McCartney’s Golden Disc-covered office and the flat where he wrote the Beatles hit song ‘Yesterday.’ You will also see the flat shared by the Fab Four and walk across the famous Abbey Road crossing outside the recording studio.

Stop by ‘Tin Pan Alley,’ where the Rolling Stones cut their first disc, and check out the Pink Floyd studios. Sites of other famous events include the place where Jimi Hendrix burned his first guitar, where Jimmy Page cut his first disc and where Amy Winehouse lived and died. Pass more than 50 additional sites connected with U2, The Clash, the Sex Pistols, Queen, The Who, Zombies, Madness, Elton John and more.

On the afternoon tour, see famous gig sites, clubs, rock hotels, record labels, management offices, and studios. Highlights include walking across the famed Abbey Road crossing and seeing where Paul still lives. You will also see where Jimi Hendrix lived and died, where Freddie Mercury and Queen hung out, and Led Zeppelin's HQ. You'll see sites connected with The Rolling Stones, Eric Clapton and Cream, Pink Floyd, Bob Marley, Elton John, the Beatles, The Sex Pistols, Bowie, The Who and many more.

A combination of the morning tour, followed by the afternoon tour.

Please note that the tour route is subject to change without notice due to weather or traffic conditions.

Surfaces and transport are wheelchair accessible