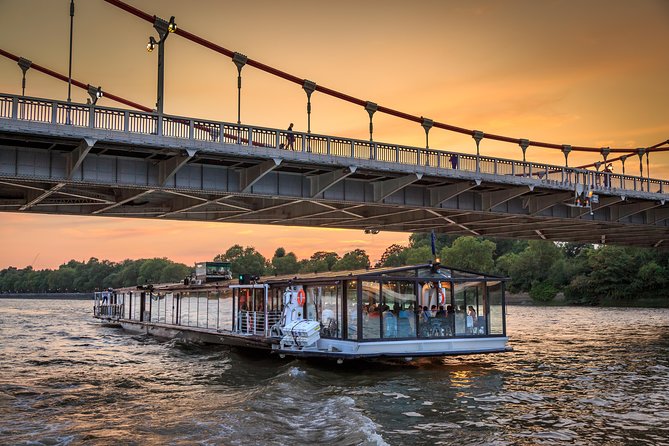 Experience a London-united-kingdom">London less ordinary on our recently refurbished vessel, Glass House, with interiors by Tom Dixon.
Bateaux london combines fresh and delicious food with unique views of London. The menus, are cooked and prepared on board, changing seasonally and carefully created by a talented and passionate cooking team with our Lunch menu offering Three courses. Bateaux london cruises are the ultimate way to experience the capital and see some of the citys most historic sites, such as the Houses of parliament, London eye and St. Pauls Cathedral. Escape London's hustle and bustle with a modern dining cruise experience.

The sightseeing Bateaux london lunch cruise includes a two course menu, audio commentary and the stunning views of London. The luxury menus, cooked and prepared on board, are changed seasonally and carefully created by a talented and passionate cooking team. The lunch cruise offers fascinating insights into the citys rich history as well as stunning views of its most famous landmarks including the Houses of parliament, London eye and St. Pauls Cathedral.

With daily cruise departures from Embankment Pier, guests are offered a dedicated reception area, easy access to boats and cloakroom facilities, ensuring your cruise is a smooth and enjoyable experience

Not recommended for child aged 4 and under

Seat allocation is according to your booking, only on rare occasions will you be allocated shared seating with other guest.