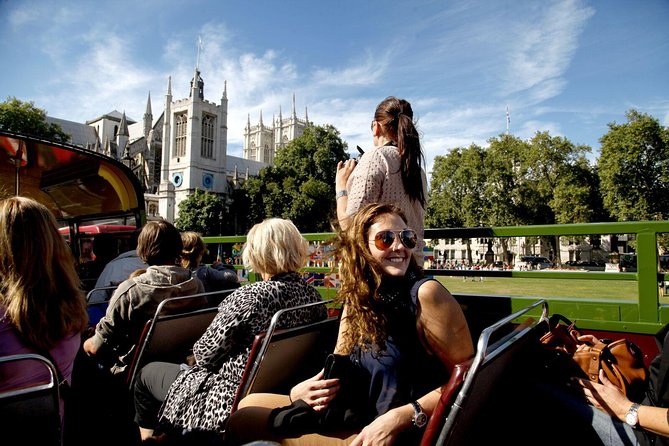 Discover Londons top attractions by vintage double-decker bus and Thames River cruise, and enjoy the Harrods cream tea with scones served with a glass of Sparkling wine, too. Admire famous city sights such as Big Ben and the London Eye. After a photo stop at the Tower of london, youll cruise along the Thames River to London eye and transfer to Harrods for a cream tea!

Take a photo stop before taking a river cruise

See the famous statue of Eros

Drive through the Parliament square

Enjoy the leisurely cruise on the Thames

Enjoy the tour with Premium tours

.Sit and Relax at the end of the tour. Enjoy the cream tea.

Please note: this is an open top bus tour, please be prepared for the possibility of rain. On rare occasions the open top bus may be changed to a closed top bus.