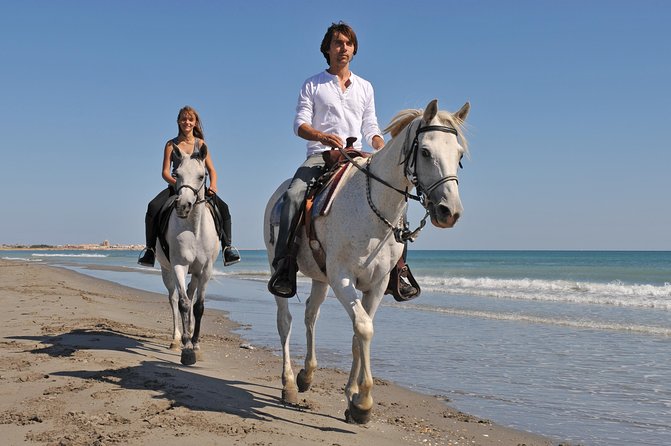 The rare mixture of golden beaches and desert around Los Cabos set the perfect atmosphere for a fantastic horseback riding experience. Explore the surroundings including gorgeous scenery, the Sea of Cortez and unique desert plants. An exciting day out in which no experience in horseback riding is necessary!

This is an unhurried nature tour designed for those who enjoy soft adventure with a high degree of service. Soak up the unusual and natural beauty that rises above rugged rock canyons, the tranquil vistas of the Sea of Cortez and let the sea breeze bring a smile to your face.

If you have no prior horseback riding experience, don't fear! The guides on this tour are entertaining and very skilled at patiently explaining exactly what you need to know.

This tour offers a great experience for those wanting to have some fun during their stay in Los Cabos, as well as a great opportunity for many memorable photos!

We recommend that guests wear casual and comfortable shoes and clothing

Not recommended for child aged 6 and under