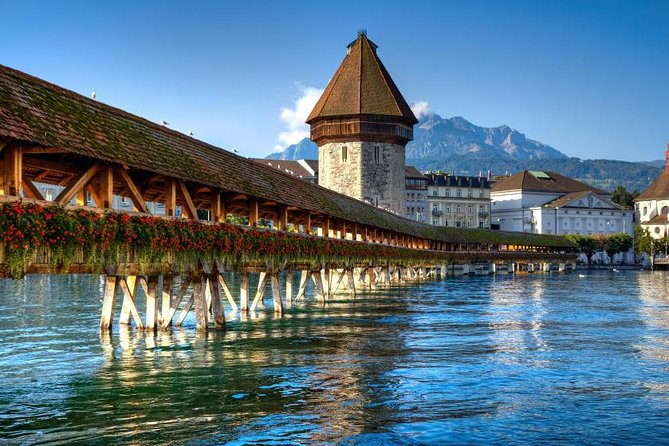 Get the best of both worlds on this full day trip to central Switzerland and Lucerne's old town. After a brief guided city tour, the rest of the day is yours for self exploration.

Sit back and enjoy a scenic coach ride over the Albis Pass and along the shores of Lake Lucerne. Upon arrival, a short city tour will introduce you to Lucerne's main highlights including the Lion monument, Chapel bridge and the new Concert and Congress Hall.

Afterwards the rest of the day (approximately 6 hours) is yours to explore. Wander through the streets, over bridges and into Lucerne's museums at your leisure.

Some optional activities you may wish to consider at your own expense:

Regardless of how you choose to spend your day, Lucerne is bound to reveal the romantic and inspire the photographer in you, so don't forget your camera - the opportunities are endless! Note, no Folklore Show during the Winter.

English and German speaking guide to and from Lucerne

Hotel pick-up and drop off

There is no Folklore Show during the winter season