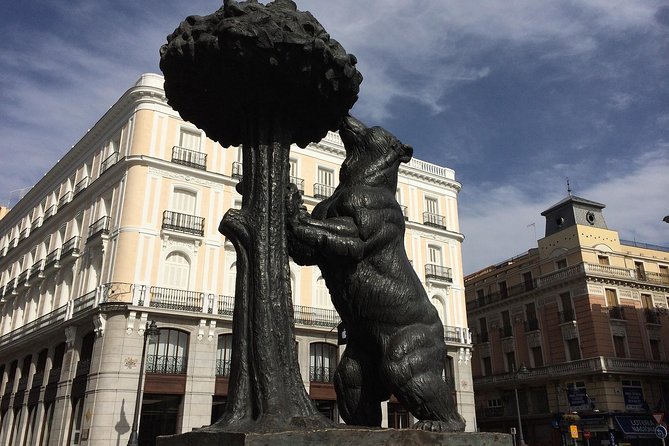 On this 2.5 hour sightseeing tour by bus you will discover the most important buildings, avenues and squares of Madrid. Make the best of your stay in Madrid by joining this bus tour and get to know the main monuments and their history, from the old Habsburg and Bourbons quarters to the present modern city.

Your tour begins with a hotel pickup in Madrid. Hop on and enjoy the great sights of Madrid by bus. During the tour there will be stops at places such as the Gran via, Plaza de Espaa, the university, Moncloa, Calle Major, Puerta del Sol, Puerta de Alcal, the bullring Las ventas, where you will have enough time to take some pictures from this gorgeous building.

And continue along the Paseo de la castellana and the Real Madrid stadium, Santiago Bernabu Stadium. The sightseeing will continue with more stops at Plaza Castilla and the fountain of Cibeles.
The end of the tour will be Gran via street/Plaza de Espaa