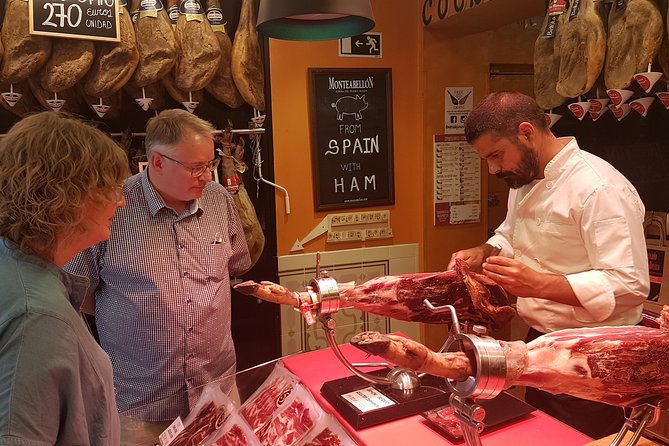 Learn about Spanish wine and discover traditional Iberian ham houses in Madrid. During this 2.5 hour tour, taste several cuts of Iberian meats like chorizo, salchichon, lomo, and ham paired with manchego cheese and other classic tapas. As you do so, learn about the fascinating history and culture of wine, the differences between each type of ham you can find in the market and master how to shop for them like a local.

Glass of wine, beer or soft drinks in each bar/Jamoneras

Other food and drinks not mentioned above

Transportation to the meeting point

Please provide details of any special requirements (dietary, allergies or otherwise) at the time of booking

Not suitable for vegetarians