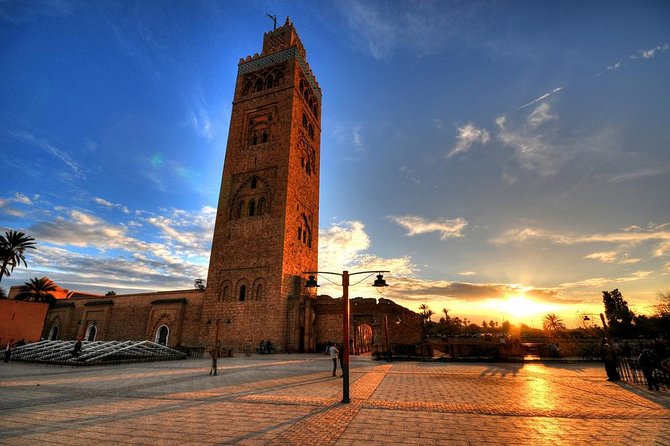 If you are already visiting Spain or plan to do so, extend your journey south to the Kingdom of Morocco, its only 14 km from Tarifa port south of Spain (45 minutes by ferry or one hour flight from Madrid). Morocco is a must go destination for travelers visiting Spain or Portugal. As a neighbor, Morocco has a complementary culture to Spain, sharing much of the history and landscape. However, a trip to Morocco remains a different experience. So allow us to help you plan your Morocco tour from Spain.

Early morning departure from Tarifa port, your driver guide will meet you at the terminal in Tangier he will be holding a poncard with your name, transfer to Chefchaouen the jowl of the Rif Mountains, after Check in the hotel we will start our city tour. Overnight in Chefchaouen.

After an early breakfast, we will set out in the morning to the ancient Roman ruins of Volubilis. you will spend the morning exploring the 2000-year-old ruins and getting a picture of life during the Roman Empire. Lunch will be taken in Moulay Idris, After lunch, you will visit Meknes. Overnight in Fes

After breakfast we will begin our guided tour of the Fes medina, one of the worlds largest walled in cities. The whole day will be devoted to an extensive visit of Fes, a city which dates back to the 9th century. you will explore the narrow streets lined with fresh fruit, mounds of spices, A visit to the King s Palace, the old Mellah Jewish quarter, Attarine and Bou Inania Medersas, the Nejjarine fountain, the Karaouine & the Andalous mosques . overnight in Fes

After breakfast, you will have a guided tour of Marrakesh, the southern pearl of Morocco. you will enjoy this full day sightseeing of Marrakesh. In the morning, visit the Koutoubia Mosque, the Saadian tombs and the Bahia Palace . In the late afternoon, discover the labyrinth of souks with their numerous tiny shops bustling with activity, and Djemaa el Fna square with its medieval open-air entertainment, return to your hotel . On the evening we’ll go back to the Djemaa el-Fna, the center square of the medina. The famous Djemaa el-Fna, is one of the center attractions of Marrakesh. overnight in Marrakesh.

After breakfast departure to Casablanca, the city tour of Casablanca include Hassan II mosque, Cornich, Mohamed V square and continuation to Rabat, guided tour of Rabat which will take you to Kasbah of Oudayas, Hassan Tower, Mohammed V Mausoleum, and the Royal Palace. Overnight in Rabat.

After breakfast departure to Tangier, first stop will be Asilah, The medina of Asilah has restored streets bordered by white houses with green and blue shutters, making it a visual delight. After a walking tour of the Kasbah we will have time for lunch. Continuation to Tangier along the Atlantic coast. upon arrival to Tangier we’ll visit the caves of Hercules, Cap Spartel, the kasbah, Tangier’s Medina and new town. overnight in Tangier. Tranfser to Tangier port END OF THE TOUR