Masada, Ein Gedi And The Dead Sea From Jerusalem - With Reviews & Ratings

Masada, Ein Gedi And The Dead Sea From Jerusalem 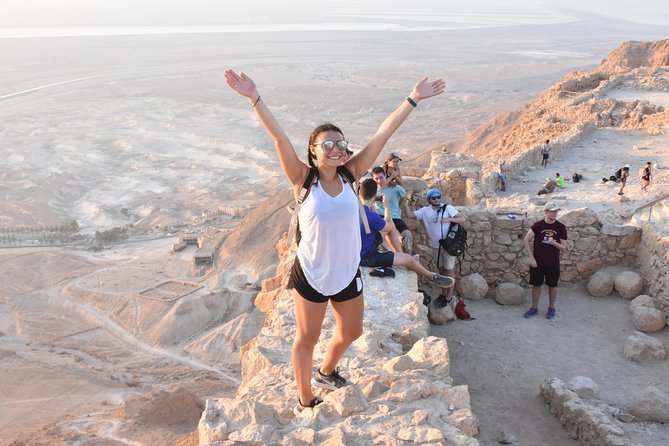 Visit the highlights of Masada, Ein Gedi and the Dead Sea on this guided tour from Jerusalem. See Masada, the desert fortress, and Ein Gedi, the beautiful desert oasis and nature reserve. Marvel at the Dead Sea, thelowest point on earth where you can float in the waters and immerse yourself in the healing mud.

Take the cable car up the hill to reach the ruins of Masada fortress, enjoy a guided tour of the site

Have a guided walk through a real desert oasis! If you wish, bathe in the wadi (small river) and its waterfalls.

Enjoy free time on the shores of the famous Dead Sea, including access to private beach, possibility to bathe and apply the muds

Itinerary order is subject to change based on conditions