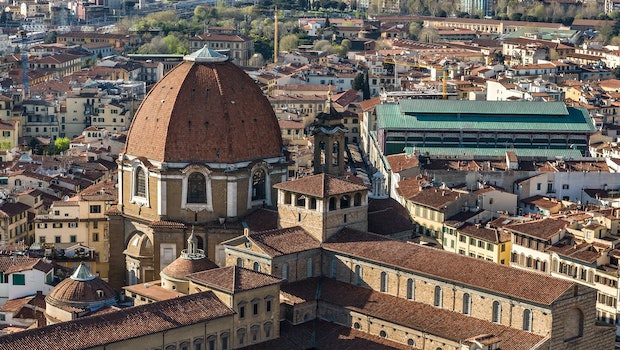 Get up close to three Michelangelo masterpieces

The Medici Chapels (*Cappelle medicee*) are two unmissable structures at the Basilica of San Lorenzo in Florence, dating back to the 16th and 17th century. Thanks to Michelangelo's magic hands this mausoleum for the Medici family members (patrons of the Renaissance and Grand Dukes of Tuscany) has become a pilgrimage spot for art lovers.

Once inside, you'll be welcomed by a statue of Anna Maria Luisa de Medici, the last member of the family. She is the one who bequeathed the entire Medici family collection of art to Florence, including Michelangelo's sculptures. Her only condition was that it would always be available for the public to enjoy. Something we're all grateful for to this day.