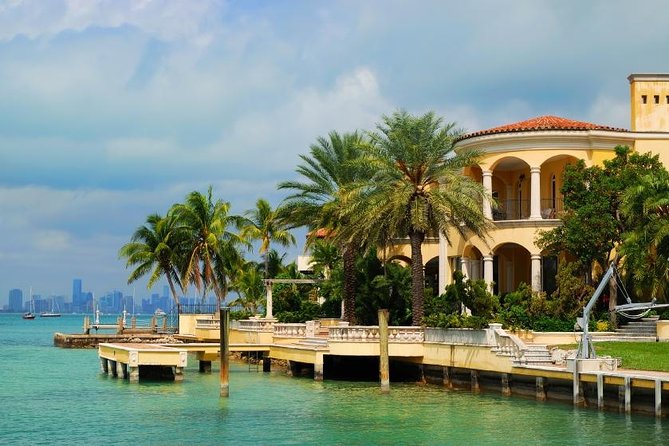 Enjoy the full Miami, Florida experience with three tours in one day! Take a sightseeing open top double decker tour through the city and explore beautiful South beach, the historic Art Deco District and Downtown Miami. Then, relax on a boat cruise along Millionaire's Row through Biscayne Bay to admire the Miami skyline and spot celebrity houses. Top it off with a thrilling airboat ride through the Everglades National Park!

Explore Downtown Miami, a skyscraper-filled metropolis, and continue to Cuban-influenced Little havana. Other interesting sites include the Gianni Versace Mansion, Madonnas former house on Brickell Avenue and the secret spot where Michael Jackson filmed his Thriller music video! You'll have time to enjoy a meal break in Little havana before embarking on the next part of your adventure.

After your sightseeing double decker bus tour, youll be taken to Biscayne Bay to board a boat for a 90-minute sightseeing Miami boat tour. Learn about the history and culture of Miami as you cruise past millionaire's row and various islands. Pass the Port of Miami, see celebrity houses dotting the coast and admire the Miami skyline.

Up next is the third part of your Miami experience: an Everglades Airboat Safari Tour! Take a 45-minute drive to Everglades national park for a thrilling 45-minute airboat ride through lush marshlands. With the help of your on-board naturalist guides, spot wildlife including alligators, turtles, snakes, fish and exotic birds, and learn about the animals and their environment during the wildlife show that follows. An onsite store provides refreshments for purchase. Round-trip transportation to the Everglades included. No additional cost

After your tour, youll be taken back to your hotel.

Please note: this tour is conducted in primarily in English. However, depending on the group, Spanish narration may be provided.

There will be an additional charge for the National Park Service. Starting June 1st 2017, the Everglades Park requires us to collect a $3.00 conservation fee (unless presenting a valid NPS Pass) from all visitors before entering the park. We collect that amount during check-in at the meeting point.