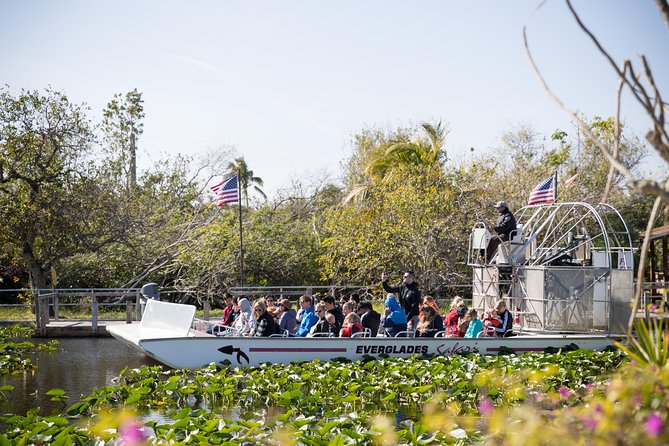 Visit the Everglades National Park and Biscayne Bay Boat Tour all in one day!

Explore nature's River of Grass on an Eco-Adventure tour. Our experienced tour guides will describe you the wonders of this unique ecosystem and the native and exotic wildlife that inhabit it. All tours will include our world famous 30 min airboat rides, alligator wildlife show, and a walking trail filled with crocodilian exhibits.

Explore Miami aboard a fully-narrated bilingual sightseeing cruise along scenic Biscayne Bay a top-rated thing to do in Miami! See the spectacular coastal sites including the beautiful Downtown Miami skyline, the Port of Miami, Fisher island, Miami beach and Millionaires Row the homes of the rich and famous.
This cruise is a laid-back sightseeing experience youll enjoy the gorgeous views of Miami and relax in a climate-controlled main level or on an open-air top-level aboard one of our larger yachts

Minimum age is 2 years old. Child must sit on parents lap and there are no seat belts