Milan Dinner And Show At Maison Milano - With Reviews & Ratings 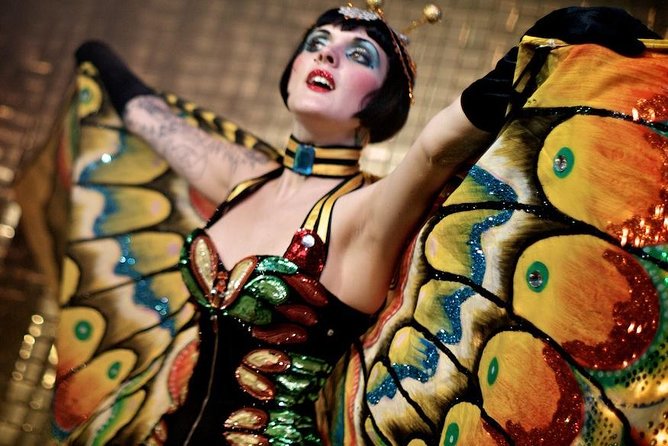 Treat yourself to a night out at Maison Milano, a glamorous dinner-and-show restaurant, near central Milan. The show program offers a range of live acts from DJ sets to burlesque cabaret to circus trickery; no matter what is on, you are sure to be entertained. Savor a 4-course traditional Italian dinner as a series of shows take place around you, and enjoy a glass of wine, too.

Make your way to Maison Milano, just south of Milans Centro Storico. Built on the site of an early 20th-century post office, the restaurant is now one of the citys chicest eateries. Take a seat at your table inside the stylish bar-restaurant, and relax as attentive waiting staff serve up your 4-course dinner. The menu at Maison Milano changes each month, but the fare is usually traditional Italian and features several meat-based dishes. See the Itinerary for a sample menu.
As you savor dinner, a series of 15-minute shows take place on the stage in front of you. Much like the menu, the program isnt fixed, but performances always include live entertainment. Book a Thursday for a cabaret show; select a Friday to see burlesque, a live band and DJ set; or visit on a Saturday for a burlesque-circus-DJ combination.
When the show finishes, feel free to continue your evening at Maison Milans bar. Drinks are at your own expense, but the killer cocktails are worthwhile.
Sample Menu:
First course:
Antipasti misti: selection of cold appetizers including beef carpaccio, marinated salmon, meatballs and crostini with tuna and capers
Second course:
Sicilian-style tagliatelle with pistachio pestoThird course:
Tagliata (rare strips of beef) with cherry tomatoes and roast potatoesFourth course:
Dessert of the dayDrinks:
Bottle of mineral water
Glass of wine
Coffee

Maison Milano wine and water (1 for every 4 people)