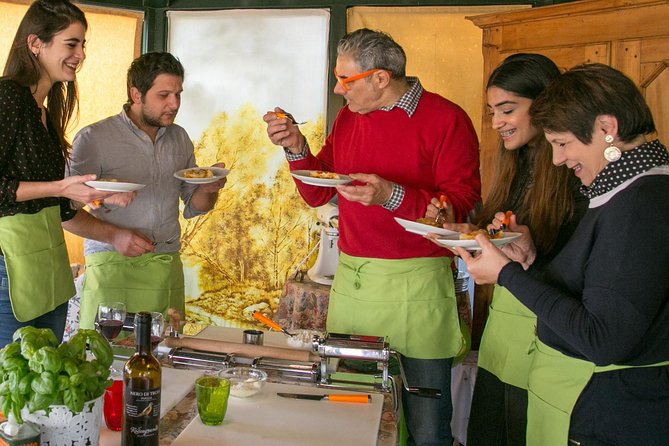 Live an authentic culinary experience in Milan. Learn to cook traditional homemade pasta and lasagna in a central district in Milan. Learn about authentic Lombard cuisine as you prepare your own lunch or dinner. Cook a refined menu of Italian specialties.

Learn to cook like a Milanese in a typical home in the central district of Milan and get hands-on help preparing your own lunch or dinner from a friendly professional chef.Enter the home of your cook and teacher, Bruna, located in one of the most dynamic districts of the city. She has prepared a refined menu of Milanese and Italian recipes, using fresh produce and raw materials from the local market.

You will start the lesson preparing the dough for lasagna, then you will roll it out and fill the dressing before the baking. Then, learn how to prepare the dough for ravioli (dumplings composed of a filling sealed between two layers of thin pasta dough) and tortellini with their condiments.

Once the work is completed, you will enjoy the meal and the dishes tasting with the chef. You will also learn to combine the local recipes with fine Italian wine, which of course you will taste. After the lesson, you will receive a paper with all the recipes prepared with the chef.Get ready for an amazing experience in Milan.

Roll out the dough and fill the dressing before the baking

1/2 bottle of fine wine for every participant