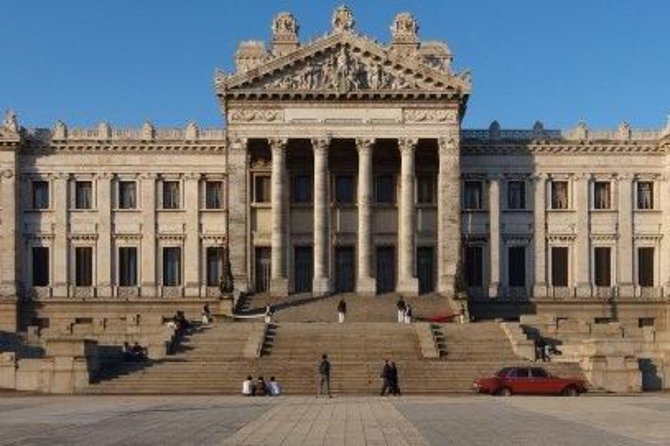 Discover Montevideo, the capital city of Uruguay, on this 3-hour city tour! Travel by bus and on foot as you explore Independence Plaza and Parliament Palace. Venture into the residential neighborhoods of Carrasco, Punta Gorda and Pocitos, where along Las Ramblas, you'll see vast beaches and beautiful promenade areas. Your expert guide will teach you about the history of the citys barrios, as well as the unique architecture of the beautiful buildings.

Take an insightful 3-hour guided tour of Uruguays capital city, Montevideo. After pickup from your hotel, your knowledgeable guide will take you to Independence Plaza, which divides Montevideos old and new areas and is dominated by a large statue of Uruguay's great military leader, Jos Artigas.

On the east side of this prominent plaza, you'll find Palacio Salvo, a 26-story building completed in the 1920s that was once the tallest building in Uruguay. Admire its beautiful architecture before exploring the west end of the plaza, where you'll see Puerta de la ciudadela, one of the few remaining structures of the city wall that once surrounded colonial Montevideo.

Next, head to the area of El Prado, home to Prado Park and three soccer stadiums. After learning about this neighborhood from your guide, continue to the elegant residential areas of Carrasco , Punta Gorda and Pocitos along Las Ramblas. This gorgeous coastal views from Punta Gorda will let you admire the endless beaches of Pocitos. Browse local shops while strolling down the beachside promenade before relaxing on the drive back to your hotel.