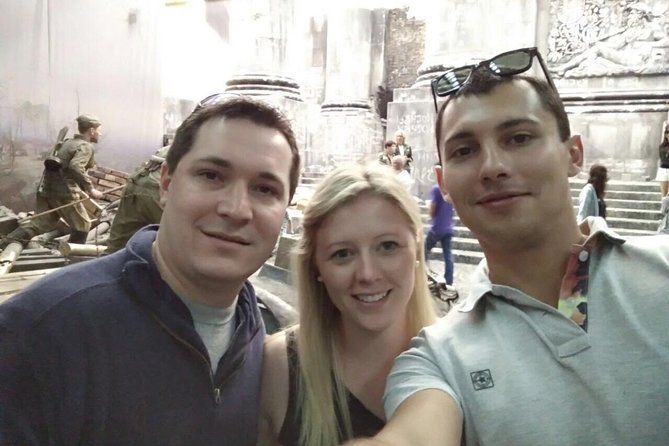 World War II the greatest war that our planet has ever seen has an enormous amount of myths and unknown facts associated with it. This tour through Victory Park and Poklonnaya hill will take you on a journey to show you how WWII changed Russia (Soviet Union), influenced its history and how it continues to effect Russian politics and society today.

Likely to Sell Out

Your personal guide will pick you up at your place of stay and accompany to the museum of The Great Patriotic War. While travelling by metro your guide will enlighten you on the role that the metro played during the war as you will be passing some of the most beautiful metro stations.

As you arrive to the Victory Museum you will be astounded by the magnitude of the exposition both inside and outside. The museum is located on the Poklonnaya hill - one of the highest spots in Moscow. From here you will get an exceptional view of the city and enjoy the Victory Park that spans over 2,400 hectares.

It is easy to become overwhelmed in a museum that spans 3,000 square meters and has over 6,000 exhibits your guide will take you to the most notable parts of the museum. Imagine yourself in the midst of a battle of Stalingrad and on the streets of blockaded Leningrad with life size 3D reconstructions. Learn what were the historical precedents that started the War, what was Joseph Stalins role in defeating the Nazis, what battles had the most impact on the war and much more.

After visiting the inside of the museum you will be able to go outside and pay you respects to the victims of the War next to the monument The Tragedy of the People.

Continue to the open-air museum of war machines and marvel at the real weapons of the war. Explore the famous Soviet T-34 tank and Katyusha rocket launcher that were fundamental in defeating the Nazis. Take a picture next to fighter warplanes and battle-hardened ships including the British war plane Hawker Hurricane and the Soviet torpedo boat.

After the tour you will gain a much better understanding of the intricacies of the greatest War that humanity has ever seen and that fundamentally, it is the strive of the people and their beliefs that win wars rather than machines.