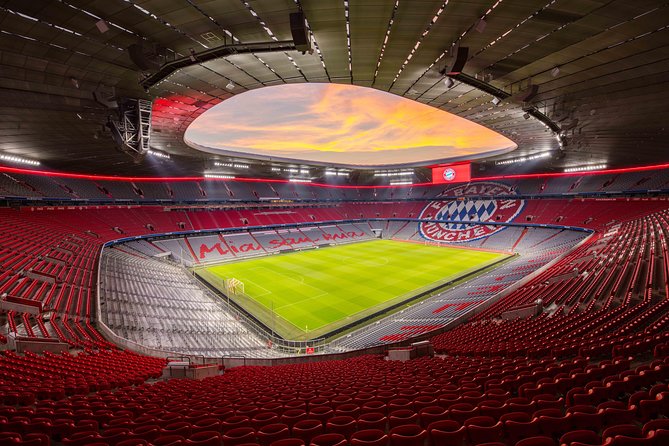 Are you a fan of FC Bayern Munich? After a city tour of Munich, we will visit the FC Bayern grounds and experience the Allianz Arena, constructed for the 2006 Soccer World Cup and home ground for FC Bayern Munich, followed by a stop at the Fan Club Shop.

Visit of the FC Bayern grounds and fan shop

You will visit what is arguably the world's most beautiful football stadium, the Allianz arena. Enjoy behind-the-scenes access to the facilities and trophy room of this arena built to host the FIFA World Cup. . Learn more out about the fascinating exterior panels that actually change colour depending on which team is playing. Marvel at the magnitude of this 70,000-seat stadium and imagine the noise of rivalling, partisan crowds on match day.

Tour is not operated on Match Days