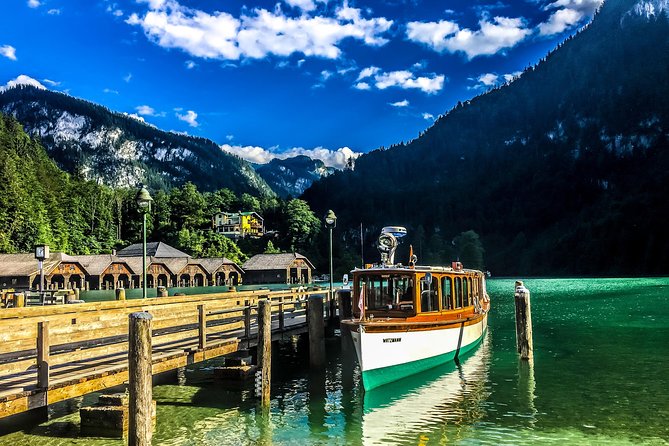 Explore Schnau am Knigssee on this 10-hour private tour, including an amazing boat ride on Lake Knigssee, as well as an optional 2-hour walk to a beautiful waterfall. You will also stop at the salt mine in Berchtesgaden. Enjoy lunch in between at a local restaurant with stunning views over Lake Knigssee.

In the Summertime, you'll have the Option to Visit the Eagles Nest instead of the Saltmine.