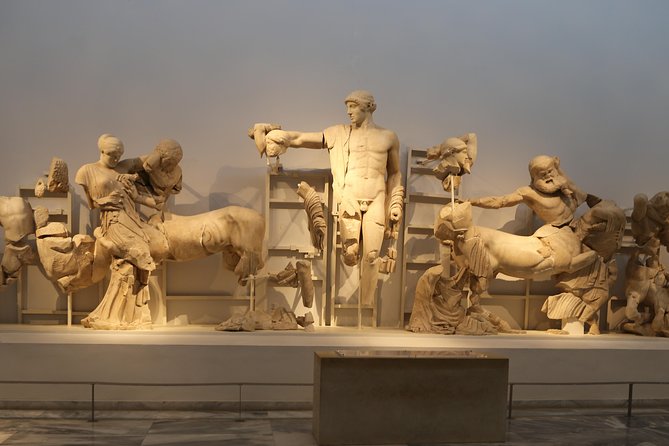 1st Day:This tour will give you an excellent taste of the history of Laconia combining Ancient Greek and (the lesser known) Medieval Greek history. We will begin with our first stop the Corinth canal.
After reaching

Mycenae (dated to the 2nd millennium B.C.E) which represents the era of Achilles, Agamemnon and Helen of Troy. Actually in the site, you will see the renowned Lions Gate (the oldest architectural sculpture in Europe), the cyclopean walls, the burial circle A and the remains of Agamemnons Palace. Within the site there is a modern museum, exhibiting the findings of the City Of Gold which is also worth visiting.  Just before leaving the site we will make a small stop at the treasury of Atreus, the best preserved Tholos tomb found and one of the finest examples of the Mycenaean architecture.

On the go to the site of Epidaurus, Dedicated to God Asclepius, he was the god of healing and medicine, Epidaurus is located in peaceful environment and spread out on a hilly area, its highest point being the actual theater of Epidaurus. As the best preserved ancient Greek theater (dated 4th century B.C.E.) it is proof of what miracles the ancient Greek minds could create. Test the acoustics great even today and climb up to the higher seats just to close your eyes and dream you are attending an ancient Greek tragedy. From here we will travel through time towards a more recent history of Greece and to the city of Nafplion. Nafplion is considered the most scenic city which also functioned as the capital of Greece until 1834. It offers you an impressive combination of fortresses and castle, an enormous port opened to the Aegean Sea and the unique architecture of the old city of Nafplion revealing Venetian, neoclassical and oriental elements. Lunch will be at a traditional tavern by the sea, before leaving well drive up until the castle of Acronafplia for a panoramic view of Nafplio.

Continuing we will drive to Ancient Olympia, with a view of the Ionian Sea from the western coast. Reaching the village at Ancient Olympia we will settle at the Hotel.

2nd Day: On our second day we will visit the archaeological site and the museum of Ancient Olympia. This is one of the largest sites in Greece, the birthplace of the Olympic Games. Walking through the Temple of Zeus and you will end up at the Stadium where for every four years the Greeks competed for glory and for spiritual elevation honoring their cities. The museum is also quite unique as it includes the renowned statue Hermes of Praxiteles with its perfect analogies and tools that belonged to Phidias himself. With the tools he created one of the seven wonders of the world the gold ivory statue of Zeus. After a walking in the footsteps of ancient athletes we will take our lunch at the village and then leave for comfortable drive back to Athens.

Driver/guide (The drivers are not a licensed to accompany you on your walk to the top of the Acropolis or inside any other site or museum. If you require a licensed guide to tour the sites with you, you need to hire one additionally. If you have any questions you can contact us on the phone number provided by Viator)

Accommodation (If you need our help we work with some of the best hotels in each area, we only need to know the number of the rooms)

The drivers are not a licensed to accompany you on your walk to the top of the Acropolis or inside any other site or museum. If you require a licensed guide to tour the sites with you, you need to hire one additionally. If you have any questions you can contact us on the phone number provided by Viator.