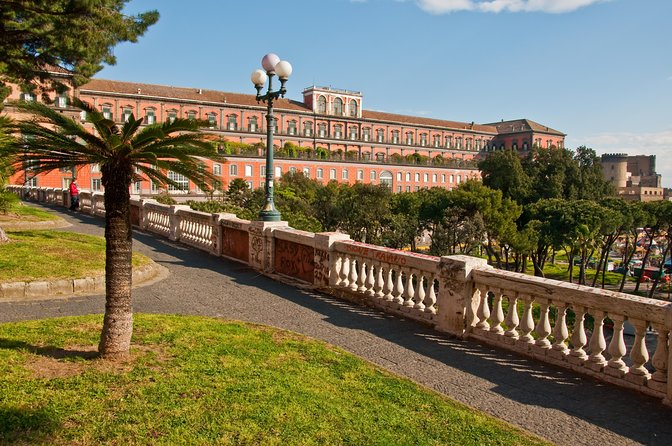 See Southern Italy's highlights in one day on a combined Naples city tour and visit to the world-famous site of Pompeii. This shore excursion is the best way for cruise passengers arriving in the port of Naples to experience the lively city of Naples and visit Pompeii, the largest archaeological site in Europe, on a single day trip.

First stop at the cathedral to visit its treasure chapel and S.Restituta basilica

Go on to Posillipo area and stop on S. Antonio church terrace to get the best view of the city and the bay

Return into the city center in Plebiscite square to see the front of the Royal Palace, the beautiful church of St.Francesco di Paola in its neoclassic style, Umberto I gallery and San Carlo theatre

Drive to Pompeii where the tour guide will show the most fascinating places like The Forum, Thermal Baths and Lupanare burnt by volcanic ashes and lapilli during the eruption in 79 A.D

Professional guide in Naples and Pompeii

Headsets to hear the guide clearly in Pompeii

We require a minimum of 2 participants in total every day to operate this tour. There is a possibility of cancellation after confirmation if there are not at least 2 participants for this tour. In the event of this occurring, you will be offered an alternative or full refund

We will ensure your timely return to the Naples port for this activity. In the rare event your ship has departed, we will arrange for transportation to the next port-of-call. If your ship is delayed and you are unable to attend this activity, your money will be refunded. See our terms and conditions for full details.