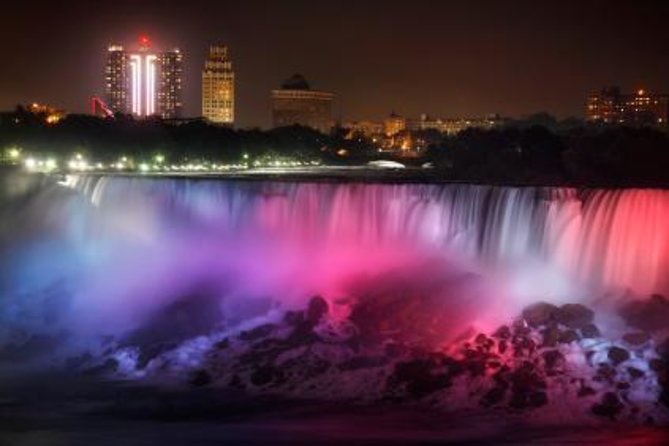 Niagara Falls is stunning by day but even more spectacular when illuminated at night. Take this afternoon trip to Niagara Falls from Toronto to witness the beauty of the falls' colorful evening light show. The tour includes an exhilarating ride aboard the Hornblower Niagara Cruises boat and you'll enjoy fabulous views of the falls with your buffet dinner at the Fallsview Dining Room.

Take a boat ride to the base of the falls

Pass By: Niagara on the Lake Heritage District, Niagara-on-the-Lake, Ontario

Drive through Niagara on the Lake

Hotel pickup and drop off from most downtown Toronto hotels. Please contact supplier for pickup times.

Itinerary is subject to change without notice