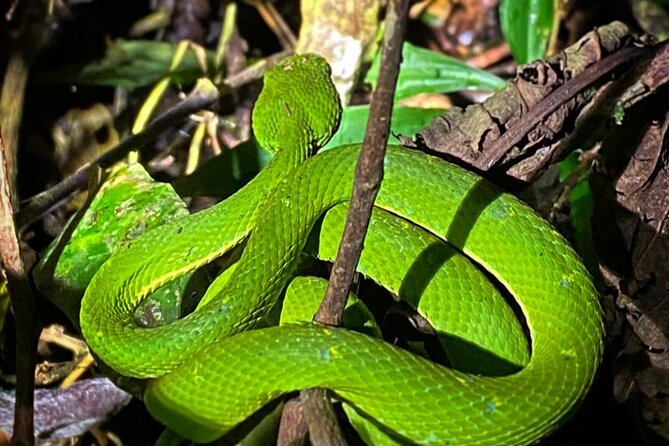 Night tour near of San Jose you can  watch spider frog and many more nocturnal animals with this guided walking, we pick up at San Jose, Alajuela or Heredia. We will drive from the pick location for about 1 hour and thirty minutes to get at San Ramon.

The walking can take about 1 hour and fifteen minutes through walking trails with spotlights that we will provide, if you prefer you can carry your own, you can have a dinner at the restaurant .

City located in the exuberant Central Valley of Costa Rica in the province of Alajuela. It is the second district of the province. Also known as "the city of presidents and poets", because many of the political and literary figures of Costa Rica were born and have lived here. San Ramón is a relaxing place and offers tourists enough hotels and accommodations very luxurious and at reasonable prices, as well as excellent restaurants and bars.

San Ramón is one hour northwest of the capital San José, and very easy access from the city of Alajuela. Located within tangled landscape of mountains and is the point of union with strong community ties and a slow and quiet, relaxing and peaceful life.

The average height of San Ramón is 1,057 meters above sea level, the average annual rainfall is 2,491 mm and the average temperature is 20º. The average geographic coordinates are given by 10 13 '13 "north latitude 84 35' 20" west longitude. The maximum width is 61 km., In a northwest and southeast direction, from the mouth of Caño Negro, on the southern margin of Lake Arenal to the confluence of the Robles and Zapote streams.