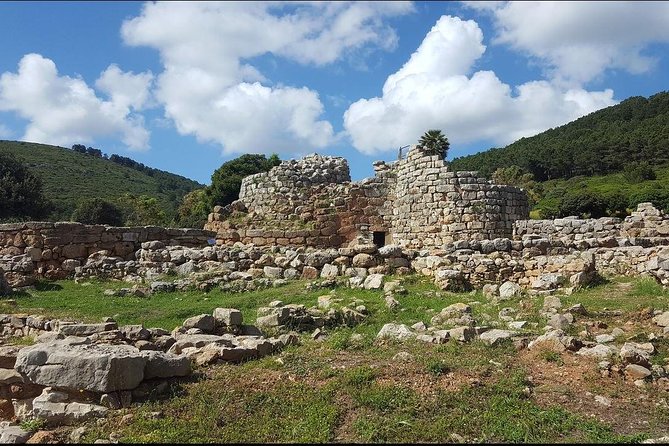 In a bay the Romans called the Harbour of the Nymphs, in the extreme northwestern part of Sardinia, there is a village almost four thousand years old, shrouded in legend, among the most important that the Nuragic civilisation left us. The architecture of their construction testifies to the extraordinary skills of the fascinating and mysterious Nuragic civilisation. The Palmavera complex is located on the promontory of the same name, one and a half kilometre from the sea, within the
Porto Conte Park, in the province of
Alghero. Built with blocks of limestone and sand, consisting of a central body with two towers and a bulwark, plus the huts of a village: today there are less than 50, but experts estimate that number to have ranged between 150 and 200 when the village was inhabited.