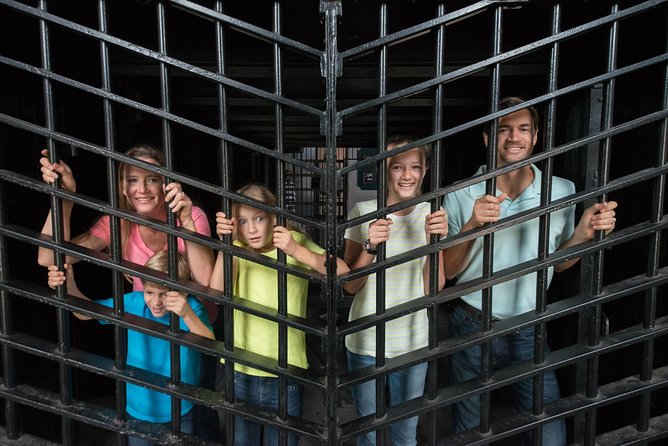 Located on San Marco Avenue in St. Augustines Uptown District, the Old jail Museum offers an educational and intriguing look into what it would have been like to be a prisoner in the Nations Oldest City. Take a guided tour led by the jailers for a compelling look at the cells where imprisoned men and women once lived, the maximum security area reserved for the most nefarious criminals and a collection of weapons.

For nearly 60 years until 1953 the Old jail served as the St. Johns County facility for petty thieves and hardened criminals. There were even eight recorded executions, two of which were accused murderers. Sim Jackson, who was hanged in 1908 after murdering his wife with a straight razor, is among the group.

Today, visitors learn about the infamous Sheriff Perry, who served from 1889 until 1897 and again from 1901 until 1919. His stature as a big, bold man at 66 and weighing 300 pounds was intimidating even for the most hardcore of inmates. Though popular in the community, Perry was feared amongst cell inhabitants both male and female for his reputation of renting out prisoners to local farmers through a leasing system.

Visitors can also take a look at the cell blocks, gallows and sheriffs quarters. See where the sheriff, his wife and children lived, right upstairs from the prisoners, and how they used their own kitchen to prepare meals for the inmates. A tour through this attraction will show visitors what life was like as an inmate and how the Old jail helped shape St. Augustines history.

Children 5 yrs. and younger are free

Reservations are not accepted; tours operate on a first come, first serve basis on the day of