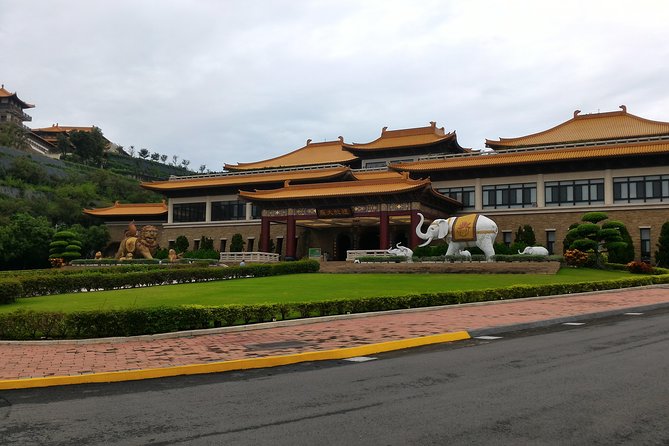 Itinerary
This is a typical itinerary for this product
Stop At: The Pier-2 Art Centre, No.1, Dayong Rd., Kaohsiung 803 Taiwan
Open space and art decorated warehouses for all ages.
Duration: 1 hour
Stop At: Fo Guang Shan Buddha Museum, No.1 Tongling Road, Tongling Li, Dashu District, Kaohsiung 84049 Taiwan
Foguangshan Buddha Memorial Museum, previously known as the Buddha Memorial Center, is a Mahayana Buddhist cultural, religious and educational museum located in Dashu District, Kaohsiung, Taiwan. The museum is affiliated with Fo Guang Shan, one of Taiwan's largest Buddhist organizations. The museum houses one of the tooth relics of Sakyamuni Buddha, the founder of the Buddhist faith. Construction of the museum began in 2008, and the museum was opened to the public in December 2011.[1] The museum was accepted as the youngest member of the International Council of Museums (ICOM) in 2014. Since its opening, the Buddha Museum has frequently been featured in the top 10 landmarks of Taiwan on TripAdvisor.