One-Way Private Transfer From Airport To Hotels In La Paz 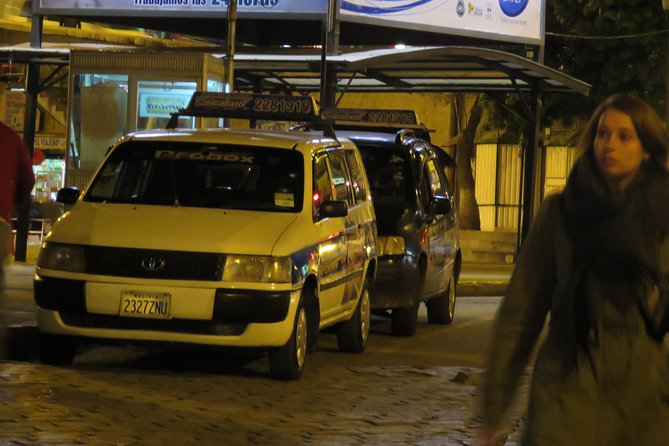 Welcome to La paz Bolivia. For your visit to this magical place La Paz, complement your unforgettable visit with and organized and exclusive private transfer,With personalized and safe attention.A maximum of 6 people per booking.

La Paz is a magical city with its unique natural and urbans landscapes on the planet, enjoy a private and exclusive transfer with professional guides that will lead you to your destination by unique landscapes painted by nature, all accompanied by excellent service by a professional driver.

Modern cars and comfortable provisioned with heating/air conditioning you will be ready at your beck and exclusive transfer to your destination
After coordinating the gathering, your driver will be waiting at the private airport gate to welcome you to town with more surreal landscapes that can be seen and for exclusive transfer. The journey you will take is through secure parts of the city for your convenience.

May be operated by a multi-lingual driver