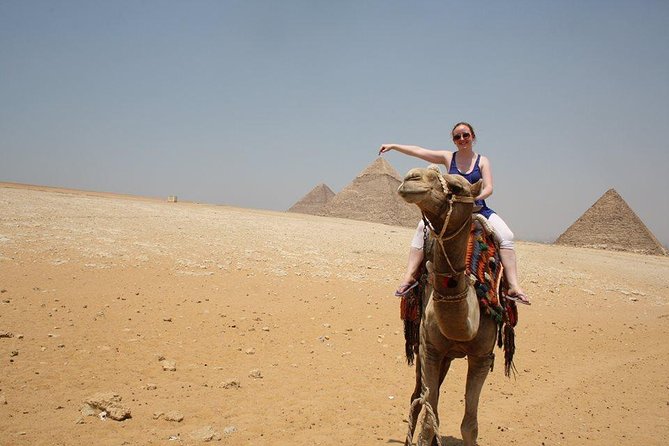 Day 01: Port said/ Pyramids Tour
you will be picked you up from Port said port upon your cruise ship arrival by the exit door, holding a sign of your name. after that you will travel from Port said to see the the three famous pyramids and sphinx then you will head to see the step pyramids in sakkara and some local tombs for nobles in Egypt then you will have over night in your hotel 5 stars. Your have your lunch in local restaurant

Day 02: Egyptian Museum / Salah Din Citadel/ Port said
Breakfast in your hotel, then you will be escorted by your tour guide to have an excursion to theEgyptian museum which features artifacts from the Pharaonic period. The museum displays a rare collection of 5000 years of art which are considered the largest most precious collection of Egyptian artifacts in the world. Over 250,000 genuine artifacts are presented, including an exhibit dedicated to of treasures, gold and jewelry which were enclosed in his tomb for over 3,500 years before its discovery in the 1920s when his tomb was excavated. Lunch will be served at a local restaurant in Cairo. Then move on alabaster mosque for Mohamed ali pasha who ruled Egypt 1830 and he built his silver mosque in Cairo then after the lunch you will be head to Port said