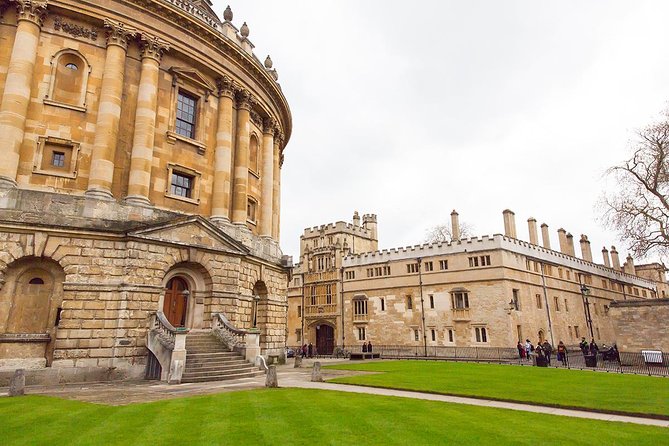 You will have an excellent visit to Oxford, Stratford-upon-avon, and medieval Warwick castle on this action-packed, full-day trip from London. From the comfort of a first-class, luxury coach, make your way out of the capital to Three of England's most-visited places. Travel back to the Middle Ages with a trip to magnificent Warwick Castle, and visit Stratford-upon-avon, the charming birthplace of William Shakespeare. Then, enjoy a walking tour of Oxford, home to one of the world's most prestigious universities. Pass through the idyllic Cotswolds, a region officially designated as an Area of Outstanding Natural Beauty before coming back to London.

Itinerary
This is a typical itinerary followed by Oxford, Cotswolds, Stratford-on-Avon, And Warwick castle Day Trip From London

Journey back 1,100 years to Medieval England with a visit to magnificent Warwick Castle. Rising high above the River Avon and set within 64 acres of rolling landscaped gardens, you will have the opportunity to explore the lavishly decorated State Rooms and 17th-century Great Hall.

This ancient market town is perhaps most famous for being the birthplace of William Shakespeare, widely regarded to be the greatest writer in English literature and the world's greatest ever dramatist. You will visit the 16th-century half-timbered house where Shakespeare was born in 1564 and grew up.

As you take a walking tour of Oxford, you will pass by some of the most famous and spectacular buildings like Oxford University. It will be a great opportunity to see the best of this town during this day tour.

You will be amazed by the beauty of Cotswolds! Pass by these rolling landscaped before returning to London and you will have a perfect relaxing end to the well-planned day trip.

Use of a headsets

Wi-Fi on the coach

Children under 16 years must be accompanied by an adult