Oxford, Stratford Upon Avon And Cotswolds Tour From London - With Reviews & Ratings

Oxford, Stratford Upon Avon And Cotswolds Tour From London 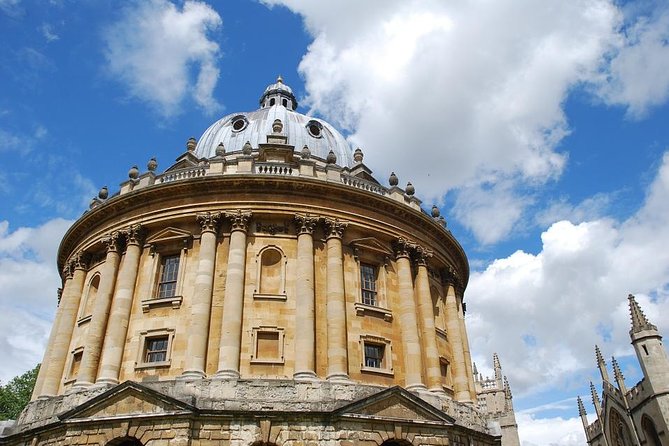 Explore the top UK destinations including Oxford, Stratford-upon-avon, and the Cotswolds on this adventurous 11-hour tour from London. Delve deep into the rolling hills of the Cotswolds with a professional guide and stop to explore a charming English village. Visit Stratford-Upon-Avon which is famous as William Shakespeare's birthplace. Then, stroll through the medieval streets of Oxford and perhaps take in attractions like the Ashmolean Museum, the Bridge of Sighs, and Christchurch College. Tour includes guide and round-trip travel from London.

This is a full-day tour from London where you get to experience the beauty of the Cotswolds countryside, Oxford, and Stratford with an expert guide.

When you visit Stratford-upon-avon, the birthplace of William Shakespeare, you will be introduced to some of the best places that define this town. Your guide will provide suggestions on the best sites to see.

As you walk around the town center, you will be greeted by beautiful Tudor-style buildings and sites that have witnessed the life of Shakespeare.

Then, your tour will continue through the Cotswolds where spectacular views of the lovely landscape and stone villages surround you.

Continue to Oxford and get in the heart of the most famous university city around the world.

Your guide will recommend some top places for lunch where you can pamper your taste buds. (own expanse)

As you take a walk here admiring the dreamy spires of different buildings, your guide will recommend a walking route that covers the most famous sites, including the Bridge of Sighs and Christchurch Cathedral.

A maximum of 6 people per booking.