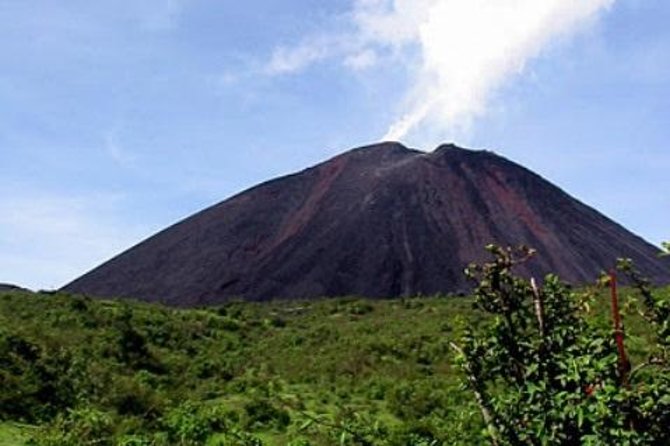 Spend a day visiting Guatemala's most active volcanoes on this day trip from Antigua! See the impressive Pacaya Volcano up close as you hike through volcanic vegetation with your knowledgeable guide. In addition to seeing the Pacaya Volcano, you'll get to admire gorgeous views of three other nearby volcanoes: Agua, Fuego and Acatenango. This full-day experience is one you won't forget!

Discover the beauty of the Pacaya Volcano on this day trip from Antigua. Standing over 8,000 feet (2,438 meters) above sea level, Pacaya is considered Guatemala's most active volcano. After pickup from your Antigua hotel, head about 15 miles (25 km) southeast to begin your day trip to the Pacaya Volcano!

Once you reach the base of Pacaya, begin your 2.5-hour hike up the volcano with your expert guide. Enjoy a mild walk to a viewing spot at the lagoon of Calderas and take in panoramic views of the Agua, Fuego and Acatenango volcanoes. Continue toward the top as you learn about the history of this active volcano and see unique volcanic vegetation along the way.

Arrive at a plateau along the trail, where you'll see the main crater of the volcano and marvel at incredible views of the Guatemala landscape. For safety reasons, you won't actually visit the crater, but you will get to see red-hot lava flowing and a few steam baths created by the heat of Pacaya.

Spend time relaxing here and admiring gorgeous views of the land below before hiking back to the base of the volcano.