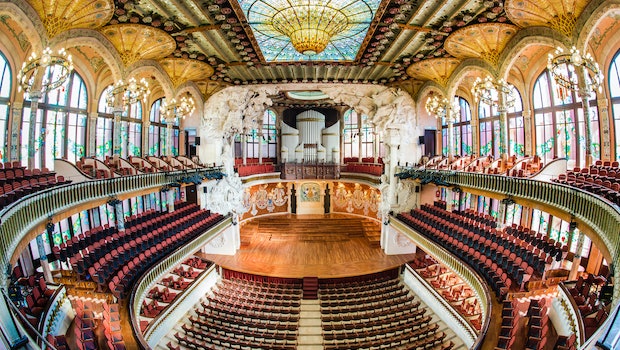 An icon of modernist architecture

If you thought Gaudí was Barcelona's favorite architect, you're right. But he's certainly not the only individual to have made contributions to the Catalan capital. The Palau de la Música, by Lluís Domènech i Montaner, is just as fanciful and rich in detail as anything by the more-famous Gaudí.

Declared a World Heritage Site by UNESCO in 1997, the Palau de la Música is as important as a bastion of Catalonian culture as it is for its architecture. And that's really saying something, because it's an architectural masterpiece. It uses natural light to illuminate the interior stained glass and mosaics. The effect is like being inside a music box (especially if you're here for a concert).

Tour highlights include the Rehearsal Hall, the Lluís Millet Hall, and the grand finale: a musical sampling on the organ in the spectacular Concert Hall.