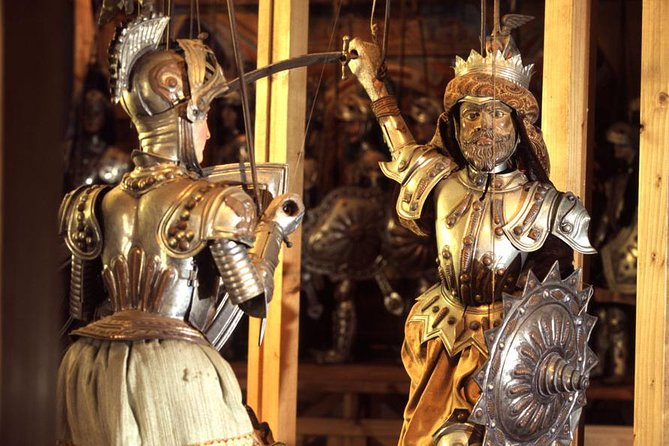 Live authentic experiences!A curious itinerary into the heart of the historic city center of Palermo, aimed at discovering the history of the Sicilian theater in its various art forms.

From the vastasate, first expression of the Sicilian dialectal theater, from which the Opera dei Pupi originated, to the "teatrini", small stucco decorations made by Giacomo Serpotta, a famous artist of the eighteenth century, the same artist who also decorated some amazing oratories in Palermo.

An itinerary among art, culture and folklore that has the 'popular theatre' as its central theme.

The tour begins with a visit to the International Puppet Museum Antonio Pasqualino that houses about three thousand pieces of Sicilian puppets, marionettes and shadow stages from all over the word.

The next stop is the Oratory of St. Lorenzo, the greatest masterpiece of Giacomo Serpotta where "putti", allegorical figures and "teatrini" (stucco decorations) depict a real theatrical performance that involves the viewer, making him the protagonist of the show.

The journey will continue in via Bara allOlivella with a visit at the Mimmo Cuticchios puppets workshop, assisting to athrilling Sicilian puppets show.