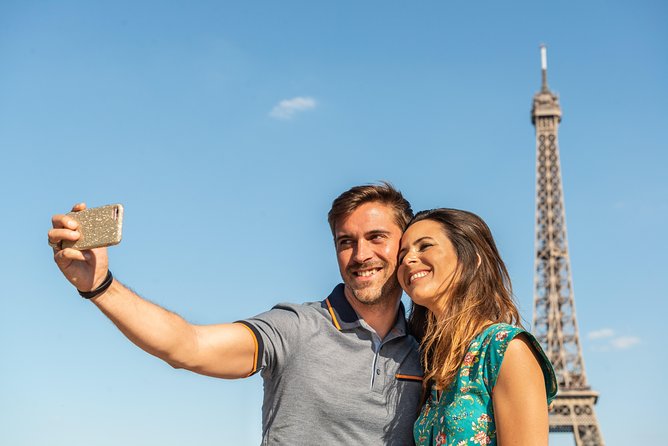 Experience the delights of Paris on a full-day, personalized tour. Take a cruise along the Seine River and enjoy lunch at the Eiffel tower, then tour the center of Paris by minivan. You'll be picked up and dropped off at your centrally located Paris hotel by air-conditioned minivan, which holds a maximum of only eight passengers and ensures you'll receive individual attention from your expert tour guide.

Your cruise along the historic Seine River takes you past the buildings and monuments that have shaped Paris' history.

Your personal tour then takes you to Paris' iconic Eiffel tower, where you will be served lunch in the lovely setting of the 58 tour eiffel restaurant: 95 meters (311 feet) above ground level, with scenic views over the Seine to the Trocadero from the restaurant's large picture windows.

After lunch, your small group tour of Paris continues with a visit to Notre dame cathedral (approximately 15-20 minutes).

The next stop on your tour is Montmartre and its many sights, including Sacre-Coeur Basilica, the picturesque Moulin de la galette windmill and the central Place du tertre square.

Other sights on your Paris City Tour include the Louvre museum, La madeleine church, Opera, Vendome Square, the Arc de triomphe and Champs-Elyses.

Lunch at the Eiffel Tower on the first floor

Pick up location will be from the hotel or Private residence in Paris ( Zip code must start by 75), should the address be provided to us at least 72 hours ( local time) prior to tour's departure.Without the accommodation address and if booking is made less than 72 hours ( local time) prior to departure, the pick up will be from PARISCityVISION on 2 rue des Pyramides, nearest Metro : Tuileries or Pyramides ( line 1 or 7/14)

Following the devastating fire at Notre Dame Cathedral, you will be able to visit the area and admire the impressive monument