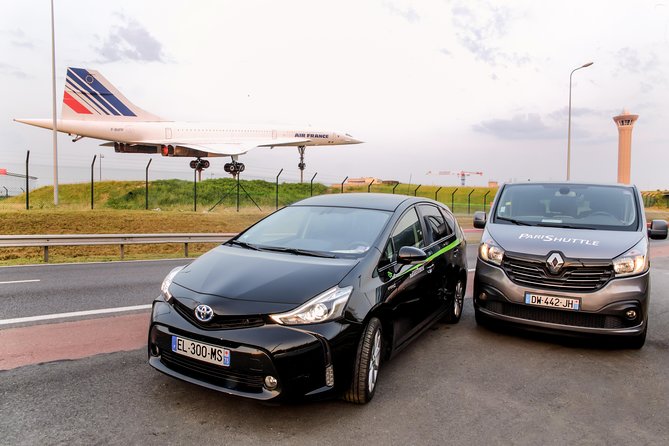 Travel from Charles de Gaulle (CDG) or Orly (ORY) International Airport to your centrally located Paris hotel (postcode beginning with 75 only) with this convenient transfer service. The services are available for flights arriving between 4 am and 11 pm, 7 days a week.

Relax on your arrival in Paris with a private airport transfer. Avoid the stress and hassle of public transport and travel in an eco-friendly hybrid car or minivan (depending on group size).

When making a booking, you will need to provide your flight arrival details and full address of your centrally located Paris accommodation (zip codes 75001-75020). Your transfer will be confirmed instantaneously and you will be provided with a travel voucher to present to the driver.

Please note: On December 24 and 31, transfers are only available until 6 pm.

Meet and greet by a professional driver