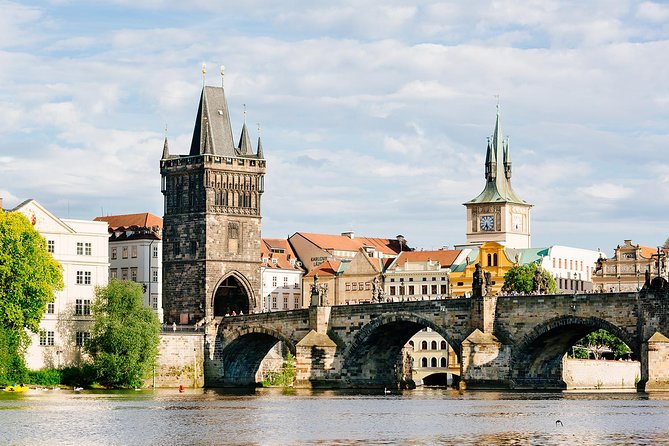 This day trip takes you from Vienna to Prague. The "Golden City" on the Vltava River attracts you with its grand buildings, its historic city centre and its cultural flair. On the way to Prague, enjoy the beauty of the Moravian landscape. On the guided walking tour we see the Gothic Cathedral of St. Vitus, the famous Charles Bridge, the Old City Hall with its beautiful Astronomical Clock and many other tourist attractions.

When you arrive in Prague after your drive from Vienna, take the opportunity to enjoy lunch (not included) before driving to see the Hradschin (Royal Palace).

Before returning to Vienna, you will have time for shopping or exploring Prague's magical Old Town.

Drop off will be at the Vienna State Opera house

This tour is not appropriate for people who have walking problems