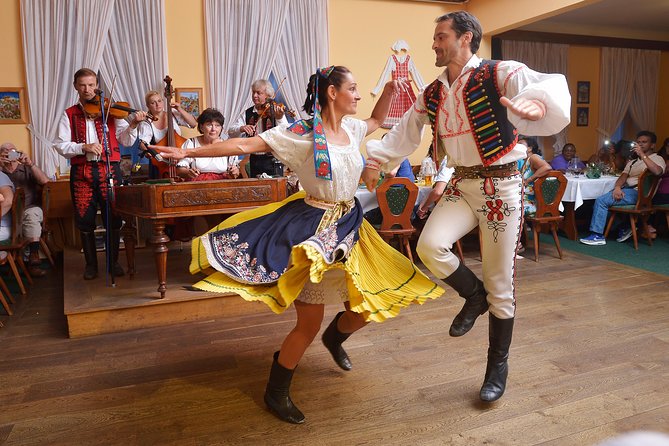 Enjoy a night out on the town Czech-style at a Prague folklore party. You'll enjoy a three-course dinner, unlimited beer and wine, and live music and dancing. It's the perfect way to spend an evening in Prague.

Your coach will transport you to a typical Czech restaurant, where you will be served a delicious three-course dinner, an aperitif, glass of champagne, coffee and unlimited beer, wine or non-alcoholic beverages.

During dinner you will be entertained by a folklore program with live music and dancing. Active participation is welcomed or you can just sit back and enjoy the music.

After three hours of evening entertainment and feasting, a guide will take you back to centrally located Republic square.