Praia Do Forte With Guarajuba Beach - Day Trip From Salvador 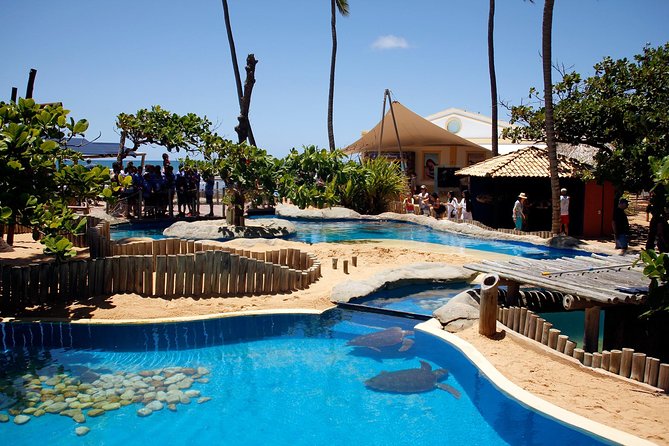 Soak up the beauty and colors of the beautiful Brazilian landscape on this full day trip from Salvador to Praia do Forte. Find out exactly why Praia do Forte has been named the "Brazilian Polynesia". This wonderful tour also includes a visit to Tamar Project, a program dedicated to the continuous conservation of sea turtles.

After traveling a scenic 44 miles (70 km) from Salvador, you'll arrive at a paradise known as Praia do Forte. With a 7.5 mile (12 km) stretch of beautiful beaches which provide a full range of leisurely activities, this tropical heaven truly is the "Brazilian Polynesia".

Choose to visit the Tamar Project, (entry not included) a sea turtle conservation program. You'll have the opportunity to visit a local fishing village and swim in the sea at Praia de Guarajuba. Enjoy the warm waters and tide pools before returning to Salvador in the late afternoon.