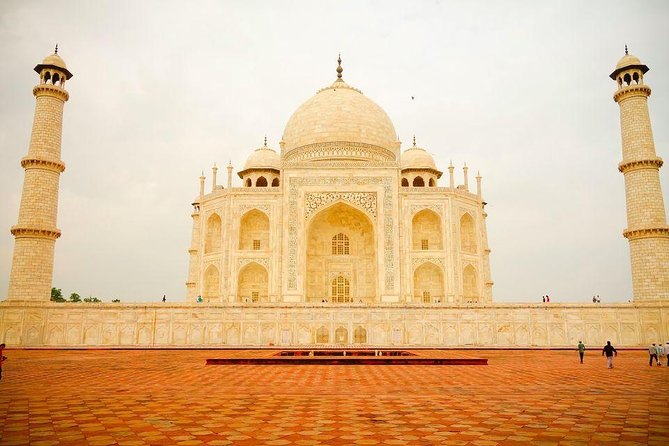 For anybody visiting India, the Taj Mahal is a must-see attraction. Experience the UNESCO World Heritage site in luxury on a private full day trip, with a visit to Agra Fort and Itmad-ud-Daula Fort from Jaipur.

After pick-up at your hotel in Jaipur, travel in private air-conditioned transportation to reach Agra.Visit the Taj Mahal, Indias most iconic building and a UNESCO World Heritage Site. Marvel at its Mogul architecture, combining elements from Persian, Turkish and Indian styles.

Move on toAgra Fort and explore this impressive example of Mogul architecture. The Mogul emperor Akbar commissioned the construction of the Agra Fort in 1666, A.D. although additions were made until the rule of his grandson, Shah Jahan. Agra Fort includes Musamman Burj, where Shah Jahan died. Tour the fort for 1.5 hours, before a break for an a-la-carte lunch in Agra.

Proceed to the Tomb of Itimad-ud-Daulah on the opposite bank of the Yamuna River. Sometimes called the baby Taj, this tomb was built between 1622 and 1628 by Mogul empress Nur Jahan for her father. Your guide will ensure that you see the site's trellis work and precious stone inlay, and understand more about the Persian influence on the tomb's design.