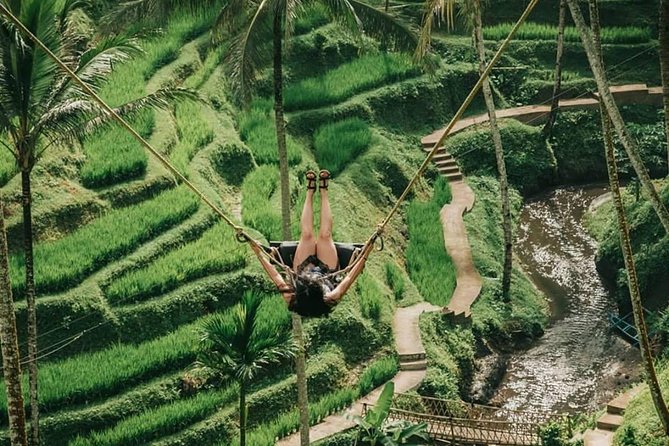 Make the most of your Bali vacation on a 2-day private sightseeing tour. The expertly designed itinerary combines the best of culture, adventure, nature, and beaches. Private air-conditioned transportation allows you to experience Balis iconic attractions, including Uluwatu Temple, Blangsinga Waterfall, Tanah lot temple, Kintamani, Giant Swing, comfortably and at your own pace. Other highlights include a seafood beachfront dinner at Jimbaran bay, Kecak dance, and banana boat ride at Nusa Dua Beach.

Food and Drink, unless specified

Adult pricing applies to all travelers (except infant = free)