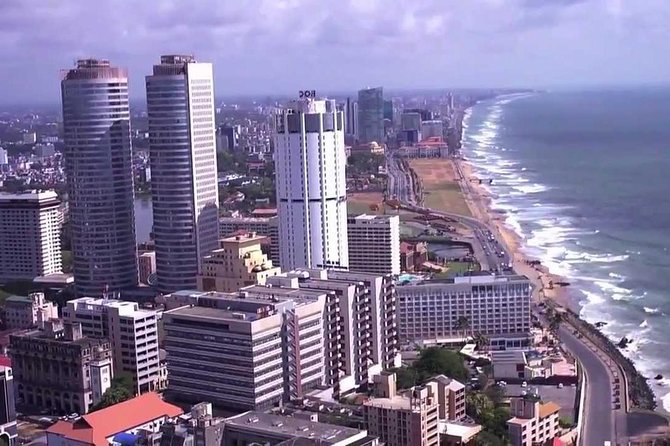 Enjoy this private, 2-day tourof Colombo and Negombo in Sri Lanka. On the first day, experience the bustling city of Colombo and on the second day seeNegombo's fish market, among other things. This tour also includes one night accommodation, a professional guide, and entrance fees.

On arrival, you will be met and assisted by one of our representatives and then you will be greeted and garlanded with flowers. Visit the Negombo fish market, Dutch Fort, St. Marys Church, and Dutch canal. Then transfer to Colombo.

Then enjoy an over-night stay at Richmond house, Colombo.

After breakfast on day two, begin the Colombo city tour.Visit many sights such as:the Colombo lighthouse, The Prison Cell of the last Sri Lankan King, the Lighthouse with Clock Tower designed by Lady Ward (built before the Big Ben in London), the Galle Face Promenade with cannons of World War II, the South Expansion of the Colombo Harbour, York Street with remnants of British Colonial Architecture, the Slave Island area, the famous Hindu Kovil with a uniquely carved gopuram, the scenic Beira lake in the heart of the city, the War Memorial, the Public Library, The National museum, Nelum Pokuna Theatre, Vihara Mahadevi Park, and Colombo Town Hall.

At the end of your touryou will be dropped off at your requested location (within Colombo).

A minimum of 2 adults per booking is required / solo travelers please book as 2 pax and inform us under "special instructions" that it is a 1 pax booking.