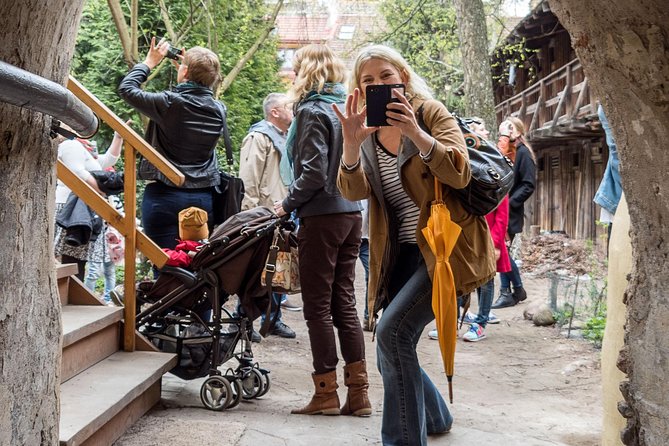 See Vilnius with your own private guide on a 2-hour walking tour that starts in the Old Town. Stop outside highlights such as Town hall Square, a 14th-century Franciscan church, hidden courtyards in Old Town, Lukiskiu Prison, and the KGB Museum. Your guide shares informative commentary about the citys history, including the World War II and the Soviet period in Lithuania.

Make your own way to meet your guide in front of Vilnius City Hall to start your tour.

Walk through the historic Old Town of Vilnius, including Town hall Square, which for centuries served as the main hub for trades, events, festivities and ordinary life.

Pass hidden Old Town courtyards established by the famous citizens, then see one of the oldest buildings of Vilnius a Franciscan church that dates to the 14th century. See a statue of the 19th-century poet Adam Mickiewicz, and learn about the works of Jozef Montwill, who helped Vilnius to prosper in the early 20th century.

Visit an ordinary courtyard that bears the scars of the World War II, and hear about the fate of the Jewish community of Vilnius during the war. See the architecturally stunning Lukiskiu Prison in the heart of the city, then hear stories about the KGB Museum (Museum of genocide victims). Finally, learn about Lithuanias push for freedom from Soviet rule and the January Events, which largely took place in Vilnius in January 1991.

Your tour ends at Gediminas avenue where you can continue to your next destination.