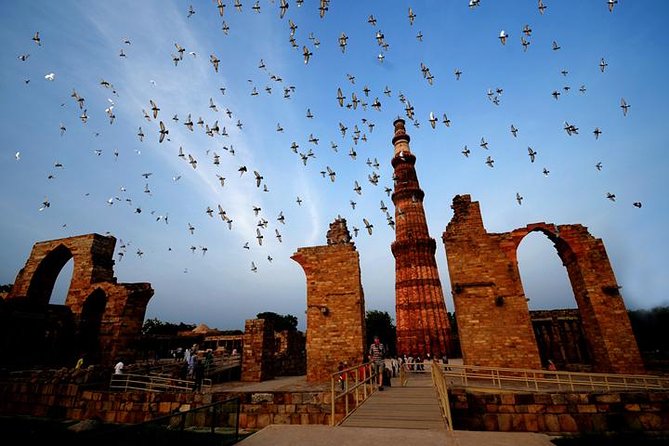 Delhi-india">Delhi has been continuously inhabited since the 6th century BCE. Through most of its history, Delhi has served as a capital of various kingdoms and empires. It has been captured, ransacked and rebuilt several times, particularly during the medieval period, and modern Delhi is a cluster of a number of cities spread across the metropolitan region. It is the largest city in India in terms of geographical areaabout 1,484 square kilometres (573 sq mi). It has a population of about 16.3 million, making it the second most populous city and second most populous city in India.

Day 1: Arrival in New Delhi (No Meal)
Pickup from Airport / Railway Station in Delhi. Adventure begins with warm welcome by our driver and transfer to hotel, check inn & free for relax.

Day 2: Old and New Delhi Sightseeing (B, L)
9am - visit Jama masjid The countrys largest mosque, built in 1656, where thousands of Muslims offer prayers. The great mosque of Old Delhi is both the largest in India and the final architectural extravagance of Shah Jahan with a courtyard capable of holding 25,000 devotees.

Enjoy Rickshaw (Tricycle) ride at Chandni chowk Bazar More evidences of the ancient times that once existed in old Delhi can be found out by winding through the labyrinthine lanes of Chandni chowk in a rickshaw. The pleasure associated with the rickshaw ride here is ultimate. The rickshaw rides gives the passengers an opportunity to see a different prospective of Chandni Chowk, which is otherwise only regarded as one of the favourite shopping avenues of Delhi.

Later we drive pass Red fort or Lal Quila (A Unesco World Heritage Site) The red sandstone walls of Lal Qila, the Red fort, extend 2 km in length and vary in height from 18 metres on the river-side to 33 metres on the city side. Construction of the massive fort, started in 1638, was completed in 1648. (Red Fort remain close on every Monday)

Next we visit Raj ghat The place where Mahatma Gandhi, the Pioneer of Truth and Non-Violence had been cremated. The abode of eternal flame, located near the bank of Yamuna, contains the Epitaph He Ram, the last word spoken by Mahatma Gandhi after he was shot.

Lunch Break, Lunch will be provided at Local Restaurant.

Next we visit the India gate, a memorial raised in honour of the Indian soldiers martyred during the Afghan war and drive past the grand government buildings the Presidents House and Parliament house all dating back to the time of British Raj.

Finally we Visit the 11th century Qutab Minar Tower, built by Qutub-ud-din Aibek of the Slave Dynasty, who took possession of Delhi in 1206.

After Sightseeing - Shopping in Delhican be daunting if you dont know where to go and how to get there. Indias capital city is among the most exciting places to buy textiles (fabric as well as ready to wear clothes), jewellery, shoes, bags, leather, carpets, handicrafts, traditional and contemporary Indian art and curios. Same day Delhi Tour has covers many different shopping areas.

Day 3: Delhi Depart (B)
After breakfast drop at Airport / Railway Station in Delhi