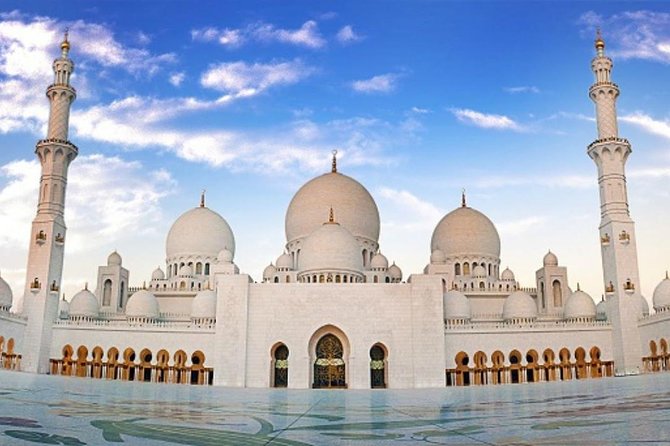 Discover the Arabian glory, the capital of the United Arab Emirates;Abu Dhabi. During theAbu Dhabi City Touryou get to enjoy the beauty and culture thatAbu Dhabihas to offer. The capital of the UAE has attractive contrasts that are visible in its skyscrapers, villas, Grand mosque and The Emirates Places along its Riviera-like breakwaters. The majestic Sheikh Zayed Grand Mosque is the third largest in the world, and a marvelous example of Islamic Architecture. On theAbu Dhabi City Touryou will have the opportunity to view all the important landmarks of the capital city with the comfort and knowledge of a well experiences tour guide.

Only Vaccinated Travelers can join this tour with valid PCR test taken within 14 Days.

Only Vaccinated Travelers can join this tour with valid PCR test taken within 14 Days.